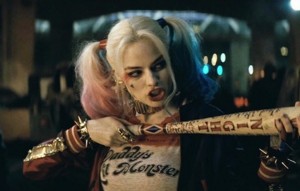 It has not been a fun year for DC. Their latest films, from Batman v Superman: Dawn of Justice to Batman: The Killing Joke, have all been met with overwhelming negative critical responses and polarized-at-best fan opinions. A lot was riding on Suicide Squad, writer-director’s David Ayer’s newest addition to the DCU cinematic universe, but unfortunately things are not much better. As of today, the reviews are now on par with the rotten ones received by Zack Snyder’s last film.

Suicide Squad currently sits at 29% on Rotten Tomatoes, which is a mere two percent more than Batman v Superman‘s 27%. While fans have responded to these negative reviews with petitions, angry commenting and general unrest, the fact of the matter is that the general public — or, at least, critics — are not responding well to these films.

My own review of Ayer’s film was unfortunately negative, even though I did like Batman v Superman for all its faults. As far as I’m concerned, the proof is in the pudding. The tone is a mess, character motivations are all over the place and there’s little sense made of anything that’s happening, especially towards the final act. WB’s fickle response to the film throughout the past two years results in a film that was once gravely serious and then goofy and lighthearted at the last minute. It’s an uneven fit.

Hopefully, Geoff John’s involvement on future DC films, including next year’s Wonder Woman and Justice League, will help sort things out. DC fans deserve to have some good films, and let’s just hope that Suicide Squad is just a bad stain in the studio’s long history. I’m keeping my fingers crossed.

P.S. Stop trying to take down Rotten Tomatoes. It’s partially owned by WB and it has little to do with the film’s negative response.