It was revealed over the summer that Melissa Benoist’s Supergirl would be getting a makeover for the fifth season. The first suit had the traditional red skirt, while the latest features a suit with pants like her cousin, Superman. In the comics, Supergirl has worn both styles, but the red skirt remains the more prominent version. Melissa Benoist will also be sporting a new hairstyle in season 5 too with bangs.

Supergirl returns next month and TV Line has offered a new look at Melissa Benoist’s Season 5 look. You can see the new image below: 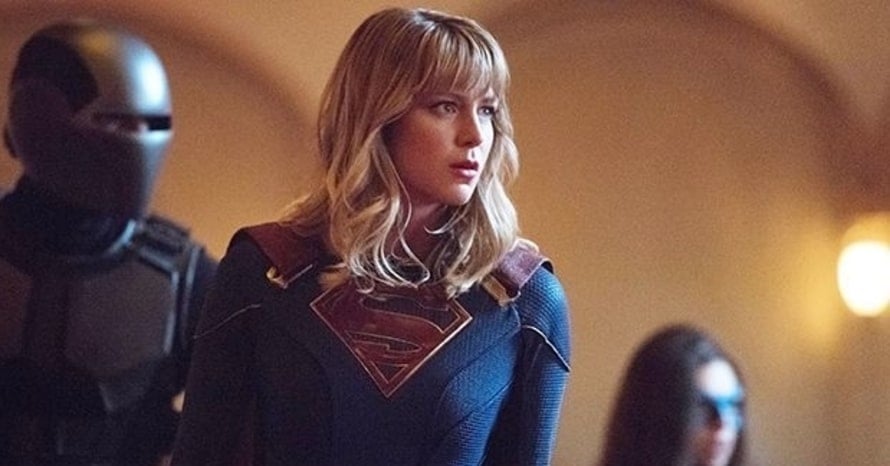 What are your thoughts on the new suit? Sound off in the comments below!

Supergirl is an action-adventure drama based on the DC character Kara Zor-El, (Melissa Benoist). Twelve-year-old Kara escaped the doomed planet Krypton and was sent to Earth where she was raised by a foster family. Kara grew up in the shadow of her foster sister, Alex (Chyler Leigh), and learned to conceal the phenomenal powers she shares with her famous cousin, Superman, in order to keep her identity a secret. Years later, Kara was living in National City and still concealing her powers, when a plane crash threatened Alex’s life and Kara took to the sky to save her. Now, Kara balances her work as a reporter for CatCo Worldwide Media with her work for the Department of Extra-Normal Operations (DEO), a super-secret government organization whose mission is to keep National City – and the Earth – safe from sinister threats. As Kara struggles to navigate her relationships and her burgeoning life as a reporter, her heart soars as she takes to the skies as Supergirl.

‘Joker’: Check Out Every Image From The Joaquin Phoenix Movie

Warner Bros.' upcoming standalone Joker film starring Joaquin Phoenix is just over six weeks away from hitting theaters so we've rounded up all of the film's official images showing off the next Clown Prince of Crime.

Joker starring Joaquin Phoenix is set to be an origin story. The gritty and grounded crime film directed by Todd Phillips (The Hangover) is set in 1980s Gotham City follows Joaquin Phoenix as Arthur Fleck, a failed 1980s comedian that becomes The Joker after he bombs with audiences. The film will serve as DC's first outing beyond its the current cinematic universe since it was launched by Zack Snyder in 2013 with Man of Steel in order to create new and unique storylines as the studio expands DC canon.

So far, Warner Bros. has released official images from the film featuring Joaquin Phoenix along with Robert De Niro who plays talk show host Murray Franklin, as well as Zazie Beetz' Sophie Dumond, who appears to be a love interest of Joaquin Phoenix's Joker in the film. You can check out all of the officially released stills from Joker in the gallery below!

“Joker” centers around the iconic arch nemesis and is an original, standalone story not seen before on the big screen. Phillips’ exploration of Arthur Fleck (Phoenix), a man disregarded by society, is not only a gritty character study, but also a broader cautionary tale.

Joker will be released in theaters on October 4, 2019. Stay tuned to Heroic Hollywood for the latest news on Joaquin Phoenix, Joker, and the future of the DC slate as we learn it.