As revealed by Warner Bros. Home Entertainment, Superman: Man of Tomorrow arrives on Digital HD on August 23, with a 4K Ultra HD and Blu-ray set for September 8. You can check out the box art for Man of Tomorrow below. 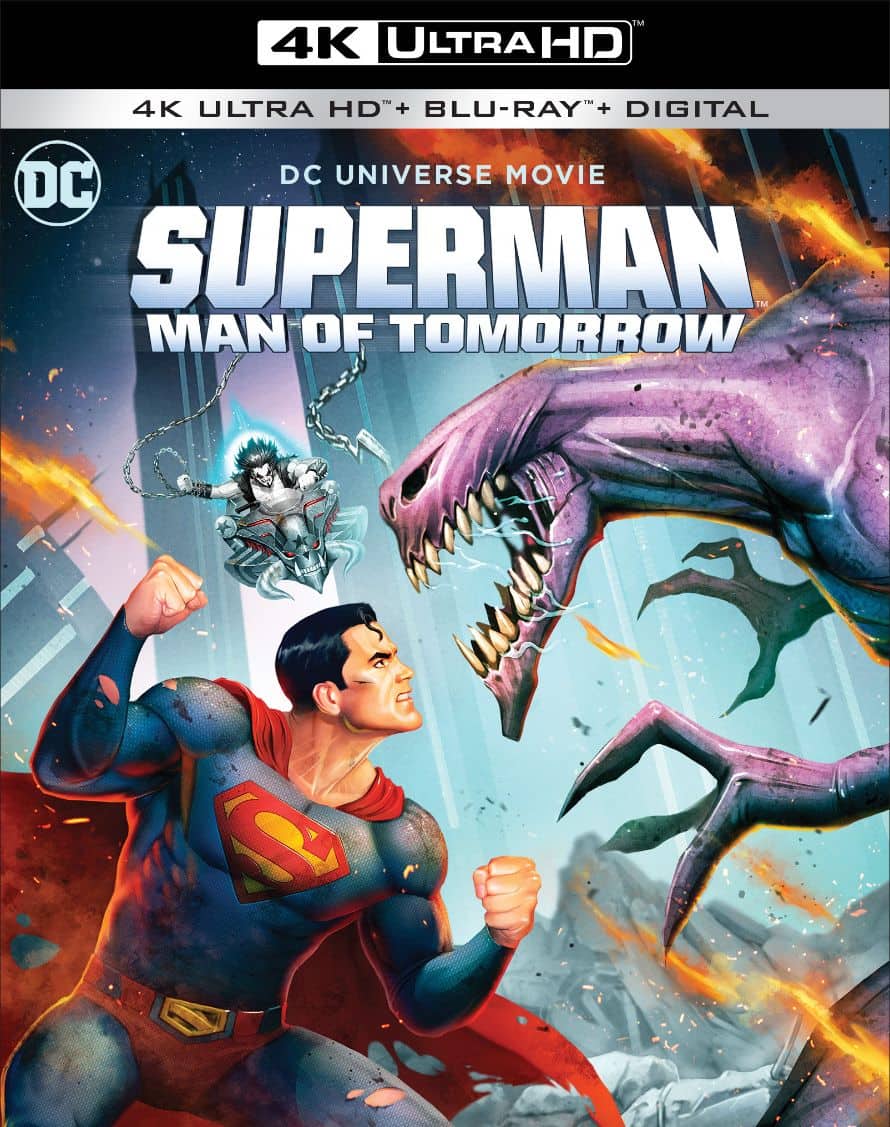 What do you think? Are you excited for Man of Tomorrow? Let us know your thoughts on the box art in the comments section below!

Here’s the official synopsis for Superman: Man of Tomorrow:

It’s the dawn of a new age of heroes, and Metropolis has just met its first. But as Daily Planet intern Clark Kent – working alongside reporter Lois Lane – secretly wields his alien powers of flight, super-strength and x-ray vision in the battle for good, there’s even greater trouble on the horizon. Follow the budding hero as he engages in bloody battles with intergalactic bounty hunter Lobo and fights for his life to halt the attack of power-hungry alien Parasite. The world will learn about Superman … but first, Superman must save the world!

Directed by Chris Palmer and written by Tim Sheridan, Superman: Man of Tomorrow features the voice talents of Darren Criss as Superman, Zachary Quinto as Lex Luthor and Alexandra Daddario as Lois Lane, with Neil Flynn and Bellamy Young as Jonathan and Martha Kent. Darren Criss’ Kryptonian isn’t the only hero in the animated adventure, as he’ll be joined by Martian Manhunter, voiced by Ike Amadi.

Stay tuned for all the latest news surrounding Man of Tomorrow and be sure to check out and subscribe to Heroic Hollywood’s YouTube channel for more video content.