In the newest Avengers: Infinity War TV spot, Thanos (Josh Brolin) can be seen with an almost completed Infinity Gauntlet.

In Avengers: Infinity War, the main goal of Thanos is to collect all the Infinity Stones in an attempt to wipe out half of the universe. While we were previously led to believe that Wakanda was the last line of defense for Vision (Paul Bettany) due to his connection to the mind stone, it seems as though it is the last line of defense for the universe itself, as less than a second glimpse at the Infinity Gauntlet shows us that Thanos only needs one for stone. The image can be seen below: 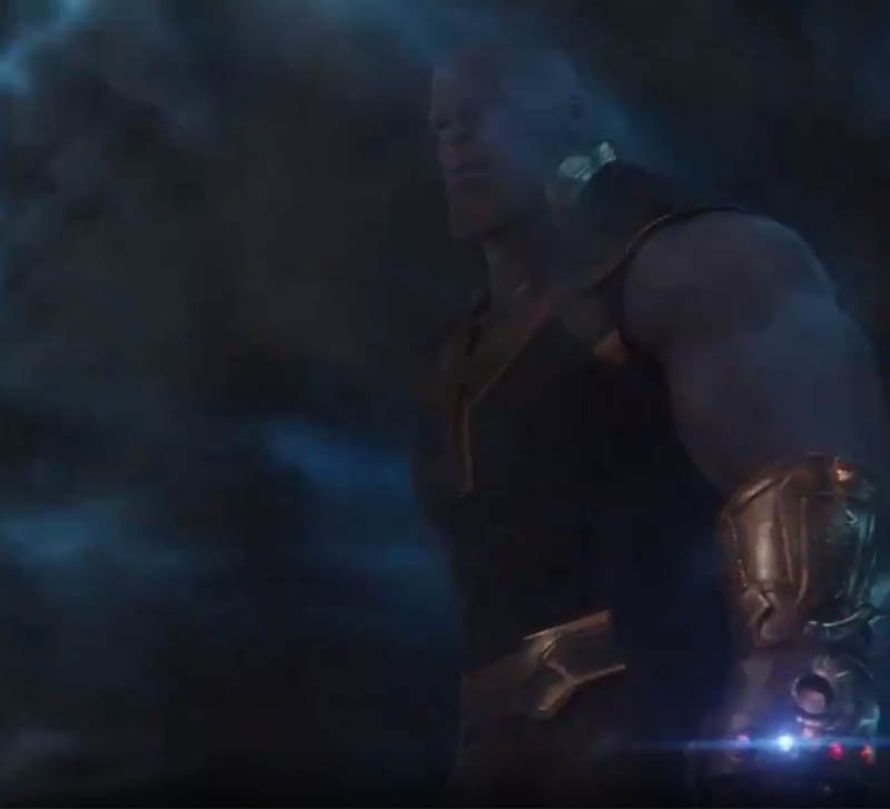 On his gauntlet, we can see four distinct colors, being purple, blue, red and orange, as well as the outline of a fifth stone. Considering we know all the colors of the Infinity Stones, we now know that along with the Space and Power Stones that he knew he had collected thanks to previous trailers, Thanos has retrieved the Reality Stone, which was previously at the Collector’s (Benicio Del Toro) museum, and the Soul Stone, the location of which has been a mystery up to this point.

We also know that the last stone must be the Time Stone thanks to an interview Paul Bettany gave last month. He explained that, while it shows the Black Order trying to take his stone in the trailer, they didn’t succeed:

“These bad guys are trying to get the Stone out of my head, so Wanda and I fought them off and then we’ve ended up here for surgery, I gotta get fixed up.”

The “Here” Bettany is referring to is Wakanda. His presence there also explains why Thanos would attack in the first place. It seems as though with five of the strongest artifacts in the universe in his possession, the heroes of Earth are going to have a hard time beating Thanos.