A new concept design from The Amazing Spider-Man shows off an intimidating version of The Lizard.

When Sony first rebooted the wall-crawler with Marc Webb’s The Amazing Spider-Man, they decided to start with a villain fans hadn’t been seen fully in live-action in the previous trilogy of films. The Lizard was played by Rhys Ifans and was also tied to Peter Parker’s past with his father’s job at Oscorp. It helped provide an emotional connection between the hero and the villain throughout the film, giving Peter yet another reason (aside from his morality) to help save Dr. Curt Connors in the film’s finale.

While many fans criticized The Lizard’s design in The Amazing Spider-Man for looking too human, new concept art shows off an intimidating alternate look for the villain. The new design from concept artist Jerad S. Merantz delivers an intimidating villain for Andrew Garfield’s wall-crawler, with the art showing The Lizard roaring in anger. While the design of The Lizard’s face still looks relatively humanoid, the second image shows off a longer, slender take of the villain instead of the muscled dinosaur we got in the final version of the film. Take a look at the new designs of The Lizard below. 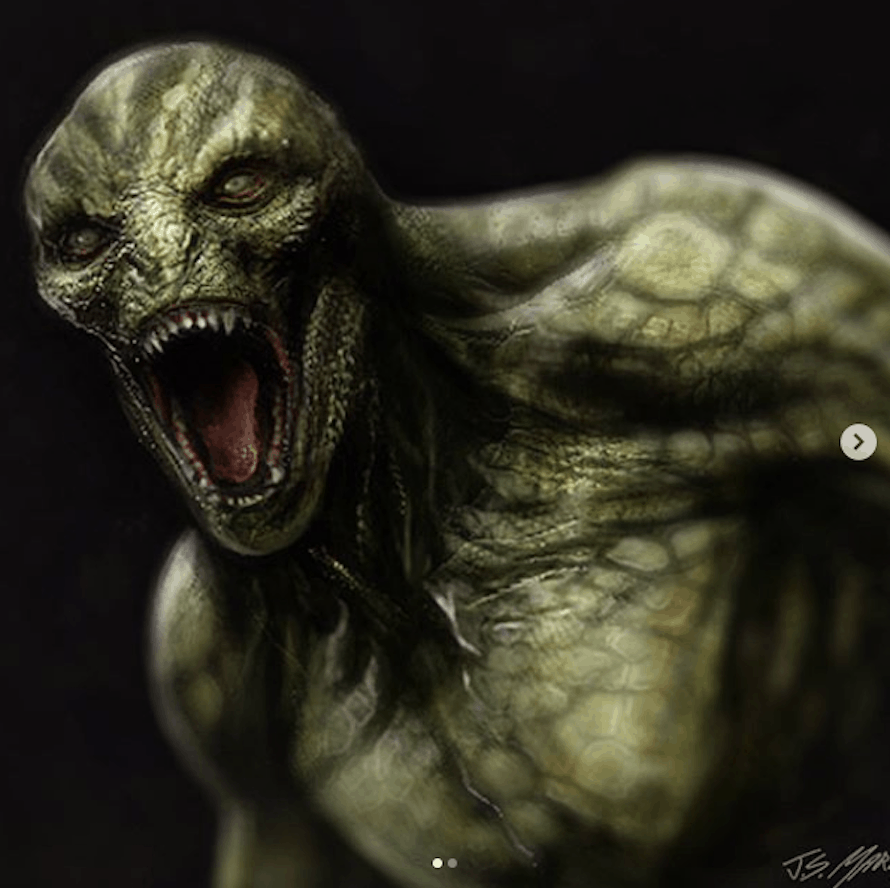 Although Rhys Ifans delivered a genuinely compelling take on the villain, it would still be interesting to see a comic-accurate version of The Lizard complete with his longer jaw. Given that the Sinister Six are likely to appear in Tom Holland’s future, it’s not out of the realm of possibility that a new version of Curt Connors could appear in the Marvel Cinematic Universe.

What are your thoughts on this early design of The Lizard from The Amazing Spider-Man? Let us know in the comments!