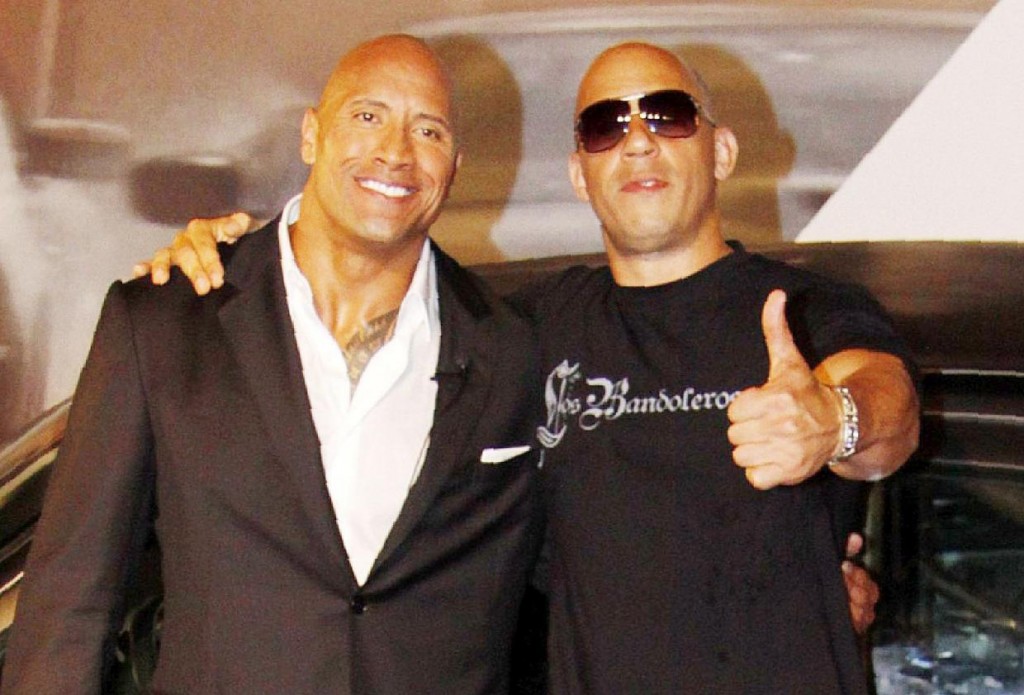 For those of you actively following the drama between Dwayne ‘The Rock’ Johnson and fellow Fast 8 actor Vin Diesel, something about their on-set rivalry seems… well, off. Outside of the ring, The Rock is a fairly professional and upstanding gentlemen, typically leaving his famous insults like “jabroni” and “candy asses” for inside the ring.  When The Rock took to Twitter to call out Vin Diesel, it seemed very out of character for the professional, as it made it sound like he was getting ready to jump back into the ring.

According to an “anonymous insider” tip given to Life & Style, a wrestling match between The Rock and Vin Diesel for the purposes of promoting Fast 8 is the end game of all the “fake” drama. The Rock has what is called a Legacy Contract with the WWE, meaning he can come back to wrestle pretty much anytime he would like. Wrestlemania 33 just so happens to be scheduled only 12 days before the release of Fast 8. Not that is what I call convenient.

Typically speaking, The Rock stays pretty low key when it comes to his social media. Aside from the personal family posts, the foodie pics, and promoting his other projects, he usually stays out of drama entirely. Which makes it seem odd he would randomly just start calling people “candy asses” once again, specifically his Fast 8 co-star Vin Diesel.

Do you think that this whole feud is just a publicity set-up for the WWE and in anticipation of the 2017 Fast 8? Let us know what you think down in the comments.