As production on The Flash solo movie continues to get underway in the U.K., there’s been a number of intriguing photos to come out of the set. Earlier this month, images arrived online showing smoke swirling around the 198 Batman version of Wayne Manor. And since Michael Keaton’s Bruce Wayne is returning to the DC Universe alongside the Scarlet Speedster, producer Barbara Muschietti teased the Dark Knight’s role with a new behind-the-scenes photo.

Producer Barbara Muschietti took to Instagram to show off an actor’s chair on The Flash set, with the name Bruce Wayne written on it. She explained in the caption that her “brother @andy_muschietti posted a chair, so I’m posting one too.” referencing the photo from director Andy Muschietti of a chair with ‘Barry Allen’ written on it. Since they’re filming at the 1989 Wayne Manor, it makes sense that this is Michael Keaton’s chair, but since Ben Affleck is also returning as his version of Bruce Wayne, it’s not impossible that it’s for him too. Take a look below. 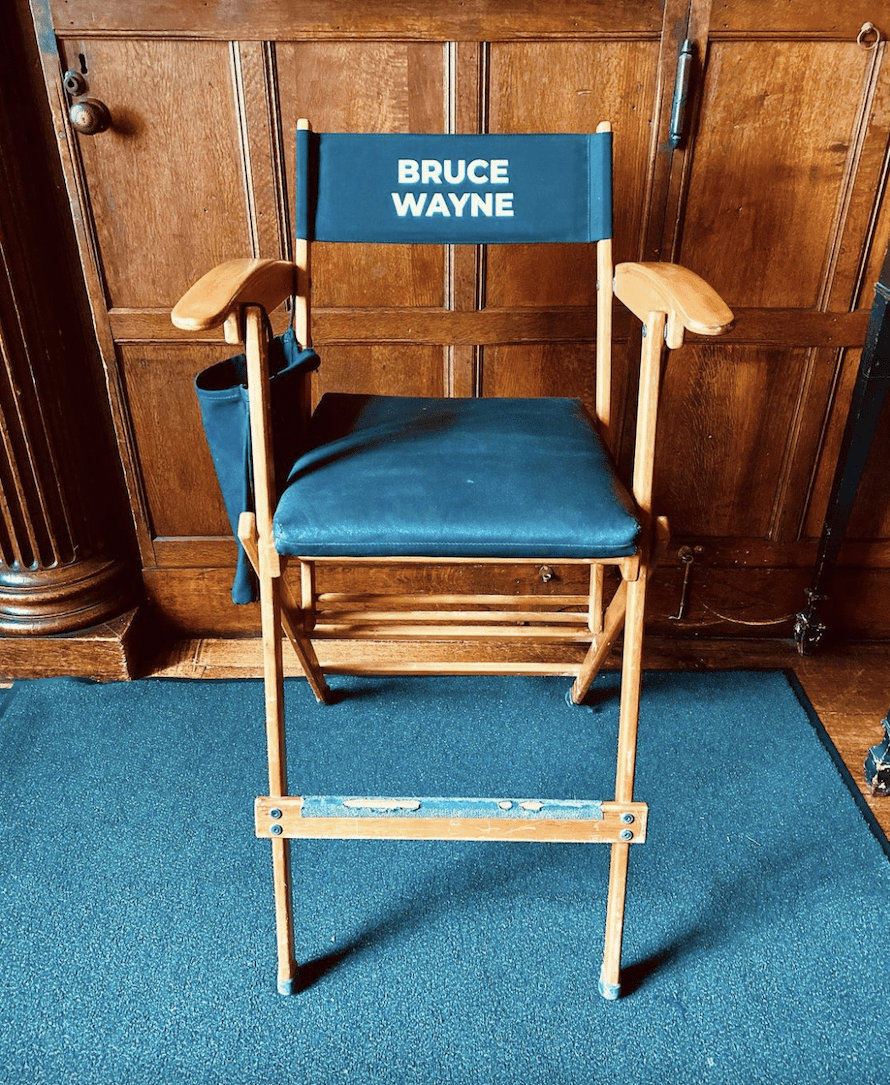 What do you make of Barbara Muschietti’s photo? Are you excited to see different versions of Batman in Ezra Miller’s The Flash movie? What do you want else do you want to see from the film? Sound-off in the comments below!

Plot details for The Flash are currently unknown. Michael Keaton and Ben Affleck will return as their respective Batmen and guide Barry on this journey inspired by Geoff John’s Flashpoint. Kiersey Clemons will reprise her role as Iris West in the film, Maribel Verdú is set to play Nora Allen, and Sasha Calle will play Supergirl.

Directed by Andy Muschietti from a script written by Birds of Prey scribe Christina Hodson, The Flash will be inspired by the Flashpoint comic storyline, which followed The Flash as he navigated an altered DC Universe. Written by Geoff Johns and penciled by Andy Kuber, Flashpoint radically altered the status of the DC Comics universe and led to the launch of the New 52 titles. It is currently unknown how much inspiration the upcoming Ezra Miller film will take from the comic.

The Flash is set to hit theaters on June 3, 2022. Stay tuned for all the latest news regarding The Flash and the future of the DC Extended Universe, and be sure to subscribe to Heroic Hollywood’s YouTube channel for more exclusive video content!