A new image from Disney’s The Lion King is here, giving fans a fresh look at Zazu, voiced by comedian and political commentator John Oliver.

USA Today has released a brand new image from Disney’s highly-anticipated remake of its 1994 animated classic The Lion King, featuring a young Simba (JD McCrary) chatting with Zazu (John Oliver), the uptight but wise red-billed hornbill. In the original movie, Zazu serves as a royal adviser to Mufasa and eventually his son, Simba.

You can check out the new Lion King image below. 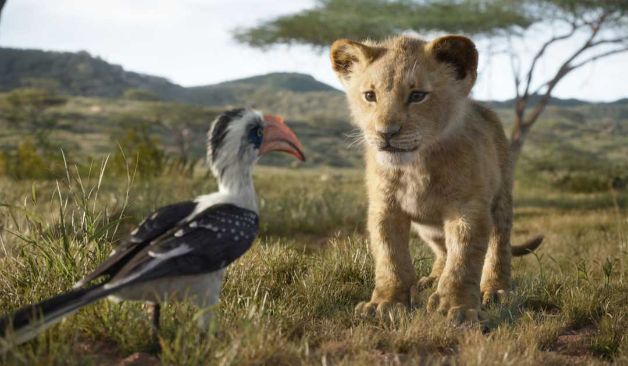 The Lion King revolves around a young cub named Simba, who is manipulated into fleeing the pride lands he was destined to rule after his uncle Scar murders King Mufasa and convinces the prince that he is responsible for his own father’s death. After meeting two eccentric companions and reuniting with childhood friend Nala, an adult Simba finds himself confronted with the choice of remaining in exile or returning home to end the tyrannical rule of Scar and take his rightful place as King.

Are you excited for John Oliver’s take on Zazu in the movie? Sound off in the comments below, and be sure to continue following Heroic Hollywood for all the latest news from the upcoming live-action adaptations of Aladdin and The Lion King.