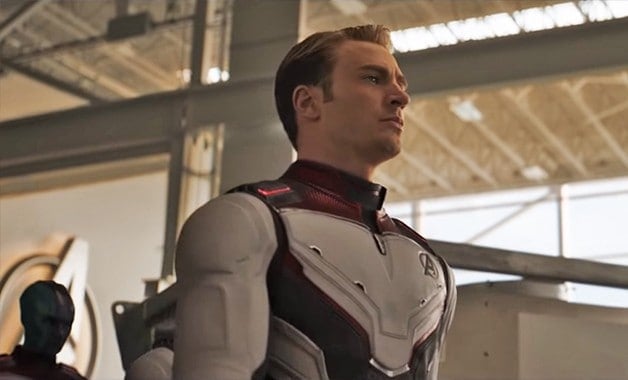 Marvel Studios’ epic conclusion to the Infinity Saga is finally here and it’s time to break down all the spoilers in Avengers: Endgame so take this as your warning! Do not continue reading if you haven’t seen the film already and care not to be spoiled.

Once the Avengers travel to the farm to defeat Thanos and discover the Mad Titan has already destroyed the Infinity Stones, Earth’s Mightiest Heroes are left with no hope to reverse the events of Avengers: Infinity War, leading to a five-year time jump before the story of Avengers: Endgame continues.

The five-year gap in between Infinity War and Endgame was actually rumored for the past year and turned out to be true. When we pick up with the remaining heroes in 2023, the world is revealed as a strange, desolate place full of despair. Black Widow is doing her best to keep things together at the Avengers compound while Captain America is serving as a counselor for a support group for survivors of the snap. Iron Man is revealed to be living with Pepper Potts and their daughter Morgan while Hawkeye is leading a vicious revenge-filled rampage as Ronin.

So what do you think? Did you like seeing this bizarre future in the Marvel Cinematic Universe? Could continuing with the MCU beyond this point complicate Marvel’s storytelling as they begin to roll out series part of the MCU? Let us know in the comments below!

Does ‘Avengers: Endgame’ Have A Moment After The Credits?

Avengers: Endgame will serve as both a follow up to Avengers: Infinity War as well as the conclusion to the 22 films that came before Marvel officially ends Phase 3 of the Marvel Cinematic Universe with Spider-Man: Far From Home in July.

Avengers: Endgame is now playing. Stay tuned to Heroic Hollywood for the latest news on the future of the Marvel Cinematic Universe as we learn it.