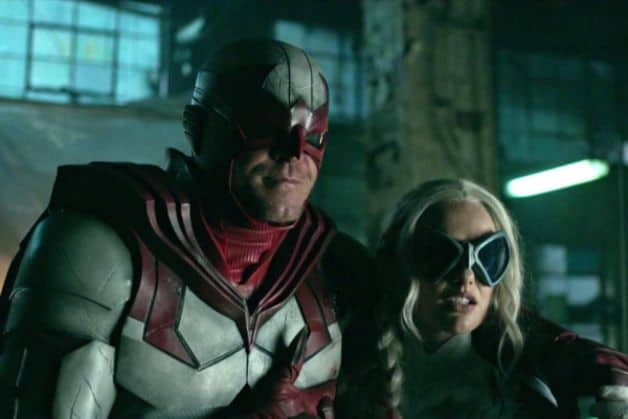 Titans season two is shaping up to be a very exciting project; this upcoming season is set to have the Titans face off against Deathstroke as well as introduce his children who all play an important role in the comics. However, many Titans fans are still eager to see the evolution of characters that we met in the first season. Two characters that fans feel deserve more screentime in season two are Alan Ritchson’s Hawk and Minka Kelly’s Dove.

The characters received lots of screentime last season with multiple episodes focusing on them and their backstories but we never got to see the duo join up with the rest of the Titans. Fans became more worried when Minka Kelly’s Dove was nearly killed in the series, leaving many to wonder if the heroes would return for season two.

Thankfully, Hawk and Dove fans can rest easy as Dove actress Minka Kelly recently took to Instagram to post a new photo of herself alongide Hawk actor Alan Ritchson on the set of season two. Check out the photo of Minka Kelly and Alan Ritchson below.

With this and many other posts from Minka Kelly, it’s safe to say that we will be seeing a lot more Hawk and Dove this season. Are you excited for the upcoming season two of Titans? What do you want to see Alan Ritchson’s Hawk and Minka Kelly’s Dove do next? Let us know in the comments!

Here is the official synopsis for Titans:

Titans is now available exclusively on DC Universe in the U.S. and on Netflix internationally.