The original season one finale which is now being recycled as the season premiere for season two of Titans would have featured Trigon back on Earth. The series ended on a cliffhanger with Teagan Croft’s Raven summoning her demon father to Earth after her mother fooled her into doing so.

The first image offers a look at Raven where we last saw her in her mother’s home, while the second photo reveals a behind the scenes look at the set of Rachel’s mother’s house after Trigon has warped it. Check out the images below! 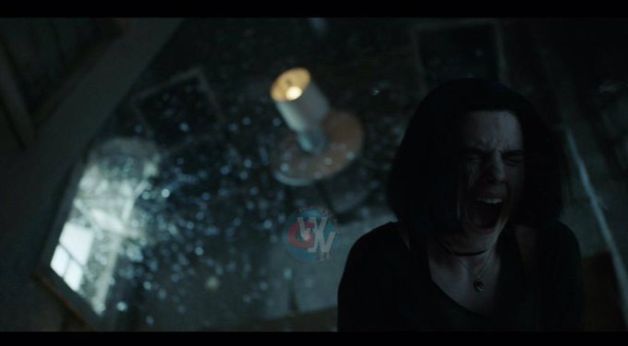 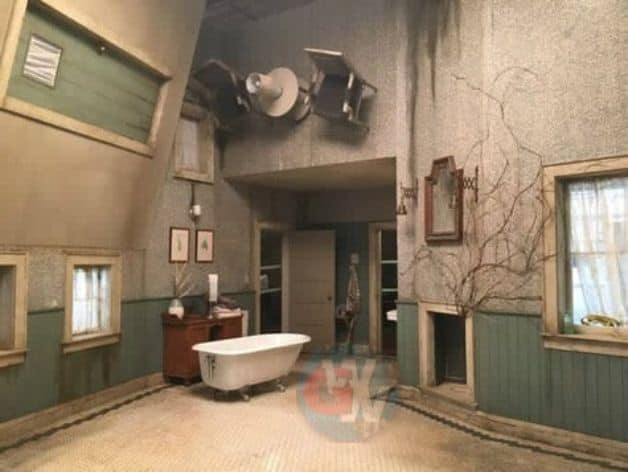 Titans follows a grown-up Dick Grayson working as a Detective in Detroit, having left his nights with the Caped Crusader long in the past due to having fundamental differences with Batman’s methods and approach to crimefighting, yet still haunted by the mentor who trained him.

The first season finale concluded teasing Connor Kent / Superboy and Krypto the Super Dog joining the second season. Production on the next season is underway in and expected to wrap by early September.

Titans is now available exclusively on DC Universe in the U.S. and on Netflix internationally. Also, Doom Patrol’s first season is currently streaming on DC Universe. The Swamp Thing and Stargirl are series are currently in development and are expected to come out later this year on DC’s streaming platform. Make sure to keep an eye on Heroic Hollywood for all the latest on the series.