Skip to content
by Francisco Solano Olarte on March 3, 2019 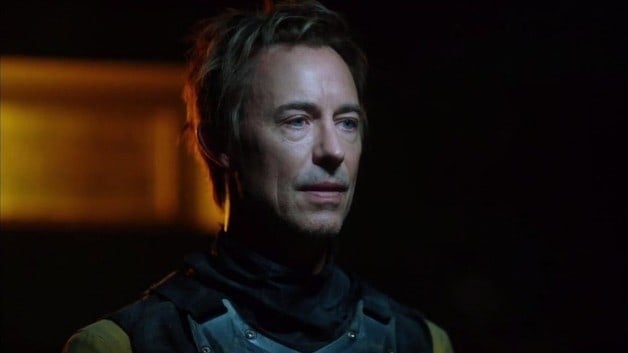 Tom Cavanagh is joining the rumor mill as the next one in line to leave The Flash and the Arrowverse.

According to We Got This Covered, Tom Cavanagh, who portrayed first prolific scientist Harrison Wells and then the villainous Reverse Flash Eobard Thawne, will leave The Flash after the Crisis On Infinite Earths crossover set to hit the Arrowverse next.

Crisis On Infinite Earths is one the most famous storylines from DC comics. The story hinges on the Anti-Monitor trying to destroy all the versions of Earth of the Multiverse, while Brainiac recruits other villains to conquer what’s left. With this, the Monitor unites the superheroes to defeat the threat. Ultimately, heroes and villains band together and defeat the Anti-Monitor. This storyline is famous because of its death toll on the DC universe which includes none other than Barry Allen and Supergirl.

According to this report, it seems that we’ll see a very different CW superhero line-up after Crisis On Infinite Earths. Does this mean that Tom Cavanagh’s Harrison Wells/Eobard Thawne will be killed off in the Crisis On Infinite Earths crossover event? We’ll have to wait and see. There have been a lot of rumors around the Arrowverse characters and it’s really hard to pin down which character could eventually die during Crisis.

Who do you think dies in the Crisis On Infinite Earths crossover event? Sound off in the comment section down below!

In the meantime, check out the synopsis for the next The Flash episode King Shark vs. Gorilla Grodd:

King Shark vs. Gorilla Grodd will premiere on Tuesday, March 5 at 8 p.m. ET on The CW.

Batman Will Probably Not Appear On ‘Batwoman’ Series

Also, check out the synopsis for the next Arrow episode Brothers and Sisters, which will reportedly feature a Birds of Prey team-up led by Caity Lotz’s Sara Lance: