Marvel Studios’ Spider-Man: Far From Home will find Tom Holland’s Peter Parker on a mission to thwart three monstrous creatures terrorizing Europe while trying to enjoy his vacation. Fortunately, Tom Holland’s wall-crawler will have Samuel L. Jackson’s Nick Fury to guide him and the assistance of Jake Gyllenhaal’s Mysterio.

You can check out the Spider-Man: Far From Home IMAX poster below! 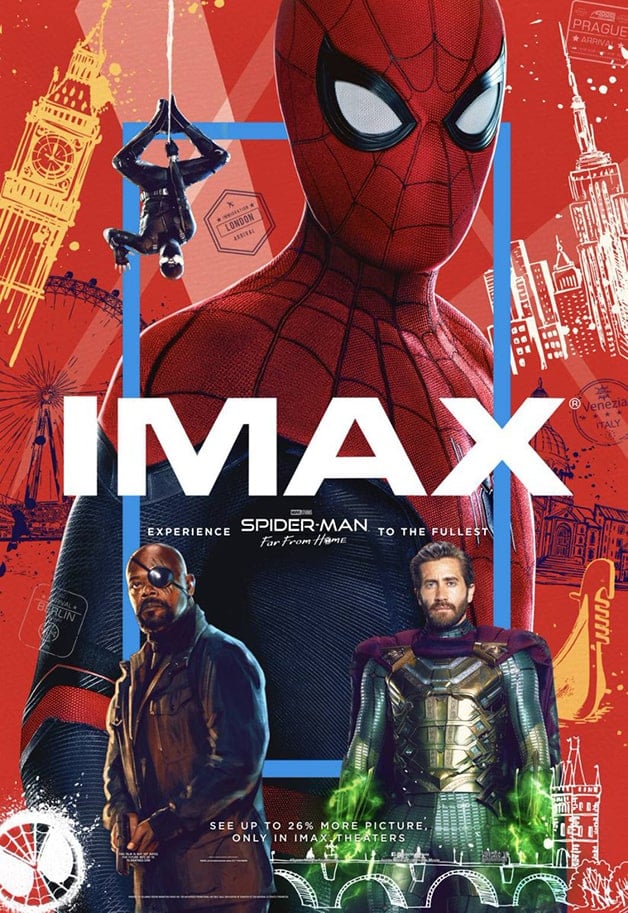 What do you think of the IMAX poster for Spider-Man: Far From Home? Are you excited to see Tom Holland return as the web-slinger? Share your thoughts in the comments section below!


Watch Gwyneth Paltrow Completely Forget She Was In ‘Spider-Man: Homecoming’