A brand-spankin’ new Suicide Squad trailer, subtitled “Blitz,” premiered after tonight’s MTV Movie Awards and we here at Heroic Hollywood have scoured it with a fine-tooth comb to bring you the very best moments and Easter eggs.

Heroic bossman Umberto Gonzalez broke the news of the trailer on last week’s Heroic Insider (seriously, if you’re a film geek, it’s must-watch entertainment) and confirmed its airing today via Entertainment Tonight. As he said on Heroic Insider, the trailer is cut to the jaunty “Ballroom Blitz,” hence the subtitle.

It works in two ways: a) by continuing a trend set not only by this film’s “Bohemian Rhapsody” trailer (the breakdown of which Umberto also broke exclusively), but initiated by Guardians of the Galaxy‘s famous “Hooked on a Feeling” trailer and b) by contrasting well with Ayer’s grimy, macho tone.

It’s also a good indicator of the less existential, more irreverent tone Warner Bros. is seeking with its Suicide Squad reshoots and mandate to make Justice League a “crowd-pleaser” (although the fact that pleasing the crowd only now appears relevant is bit concerning). Those are my initial thoughts, now on with the show!

In and out of universe, Man of Steel, both Superman and the film, was the catalyst for everything, which is only fitting as he is the quintessential superhero. In this scene, we witness the origins of the Suicide Squad idea within the White House. Amidst glimpses of the squad’s soon-to-join members are Amanda Waller and a government type played by character actor David Harbour. To Waller’s left is the same general she converses with in previous trailers. 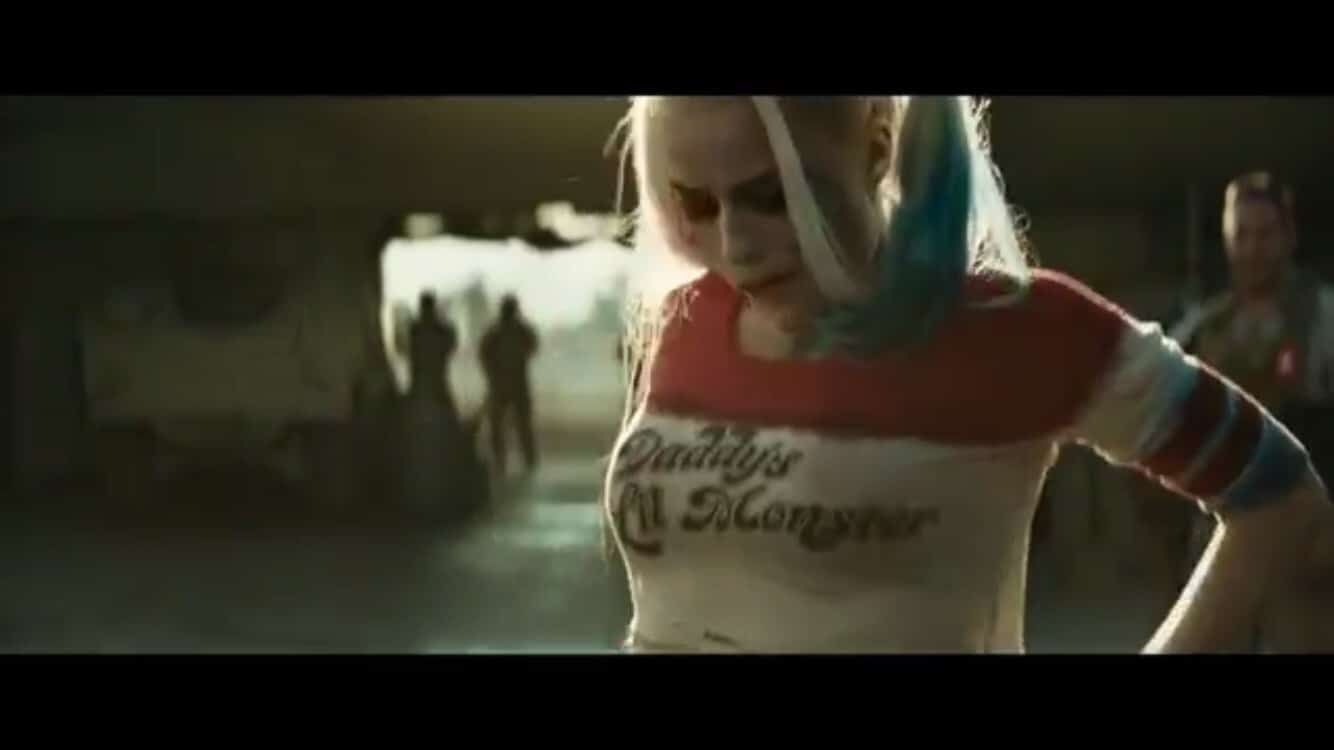 Here we get a little bit of fan service courtesy of Margot Robbie’s Harley Quinn who has no compunction dressing or undressing in public it seems. This scene establishes the squad for the first time, their explosive chips that ensure their obedience, as well as their leader Rick Flag (Joel Kinnaman). 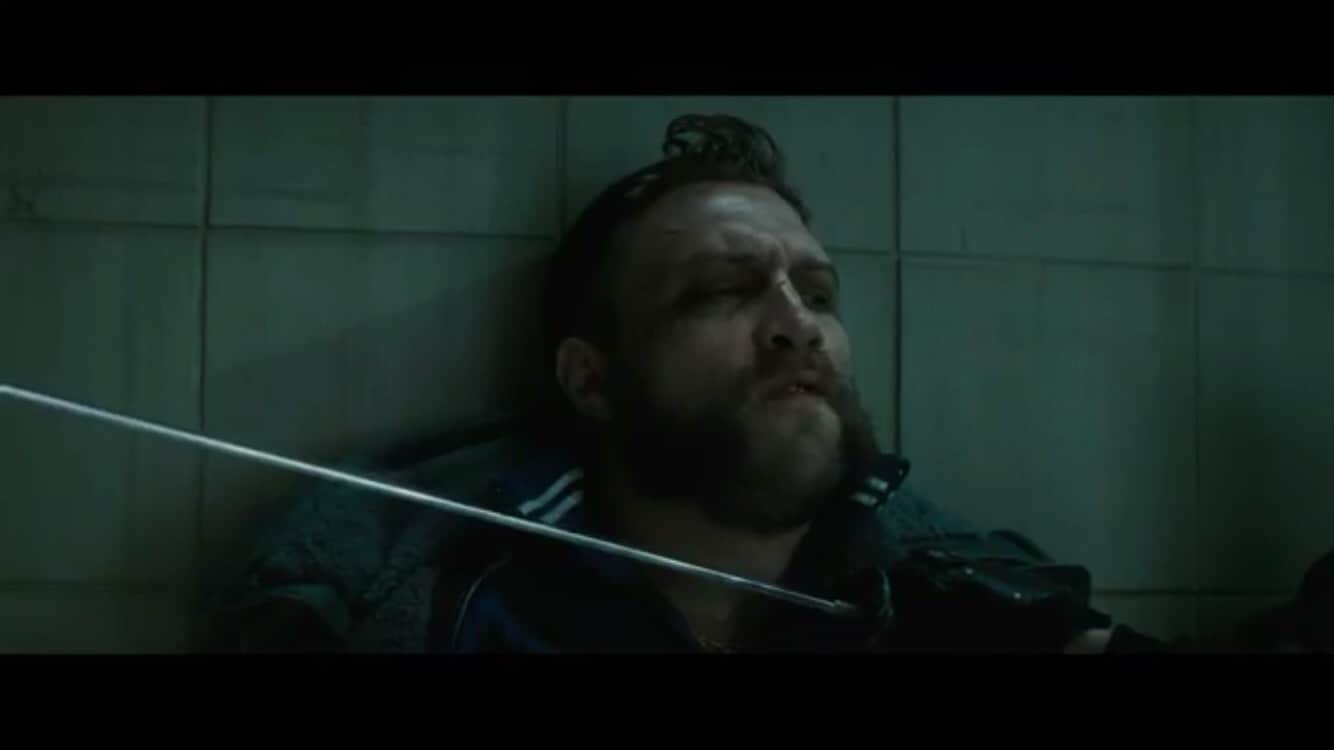 Here we got to see just how much of a scumbag Captain Boomerang is. Dude just can’t help himself even with Katana’s soul-catching katana to his throat.

This appears to be the Suicide Squad’s first mission and it’s already going as well as you would expect. 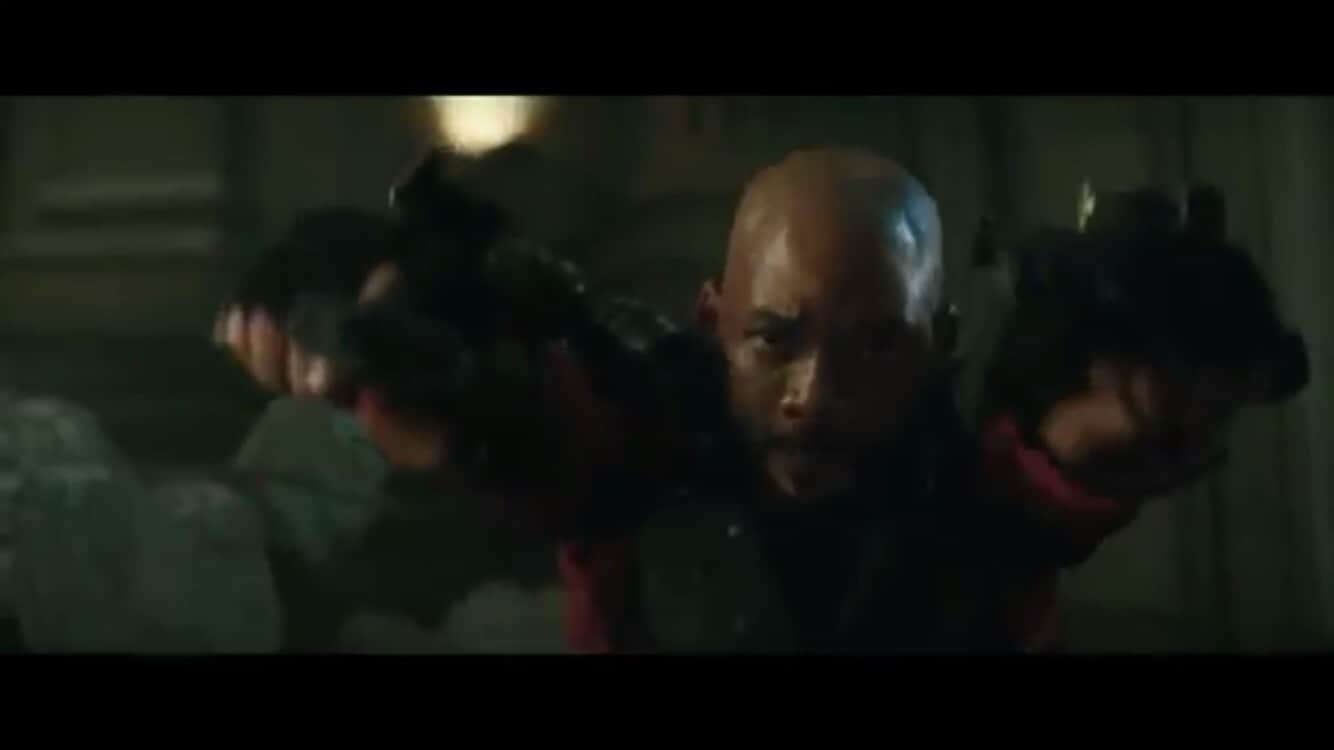 The funky music picks up as we get to see Deadshot in action with his iconic hand cannons. I could see another director tossing them aside as too comic booky (much like Katana’s titular katana) but not the genius that is David Ayer. Good comic book movie directors embrace the ridiculousness without getting campy or devolving into parody. That’s why these trailers are firing up fanboys like us!

Captain Boomerang always seemed like a random addition and casting Jai Courtney, supposedly an actor but with the emotional range of a rock, didn’t inspire confidence. However, I’ve been loving what I’m seeing and this scene with him whacking what looks like an Enchantress’ minion with his boomerang is twelve kinds of awesome. 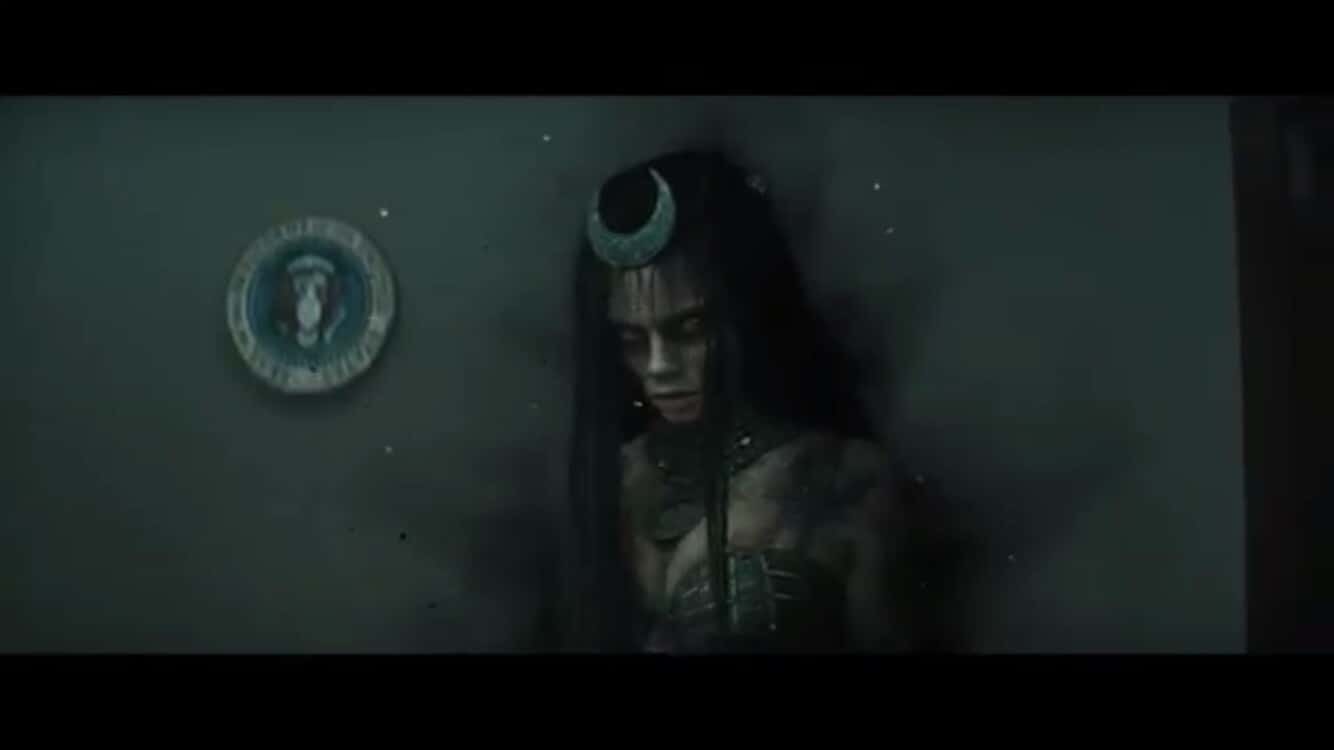 Speaking of Enchantress, here she is all her swamp mistress glory. Of all the elements at play in this movie – and there are a lot – Cara Delevigne’s character worries me the most. Is she as an actress up to play with these heavy-hitters? How will her functional magic work within the universe? Scarlet Witch worked in the MCU. It remains to be seen how Enchantress fairs.

This looks like the origin of the Enchantress. June Moore appears to be an innocent cave-diver (we all know one) who stumbles across the entity that transforms her into the wicked witch. Once again, I remain skeptical.

We were promised more Batman than they were letting on in Suicide Squad and this proves it. A nightmarish vision of Batman, courtesy of David Ayer. More please. 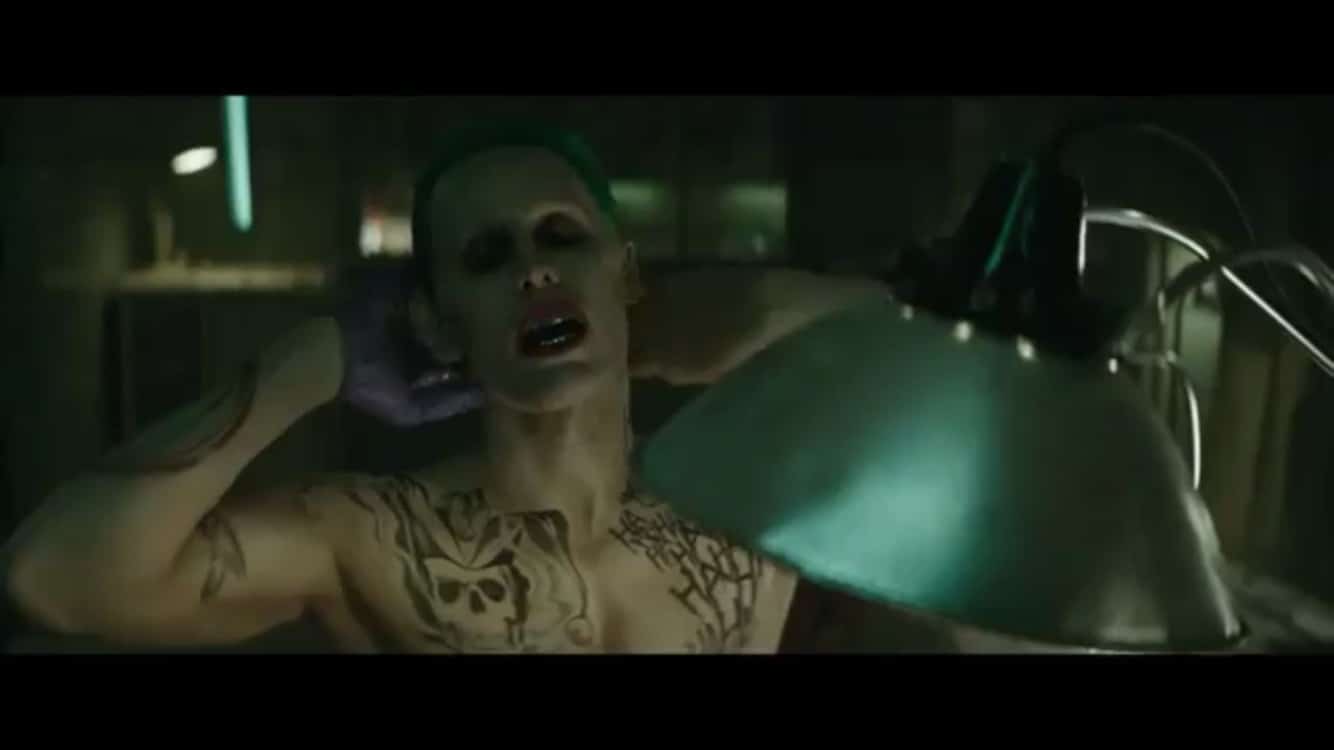 We get not only get big heaping portion of Batman but we of course get more of his archnemesis the Joker (Jared Leto) in this trailer, even as his role in the film remains a mystery. My guess is he’s crucial to the creation of the squad perhaps as a way of freeing Harley.

Whew, that’s a lot! Got anything to add? Think we missed something? Let us know in the comments!