If you’re having a hard time waiting for Captain America: Civil War to hit theaters, this new piece of concept art might not help with tht. Conceptual artist Alexnder Lozano has revealed a new piece of unused art from the film featuring ‘Captain America’ and ‘Iron Man’ exchanging blows and tearing each others suits to shreds. The image looks great and I’m very curious if we’ll see it pop up in the film’s art book hitting shelves next month.

Check out the concept art below and sound off with your thoughts in the comments section afterwards. 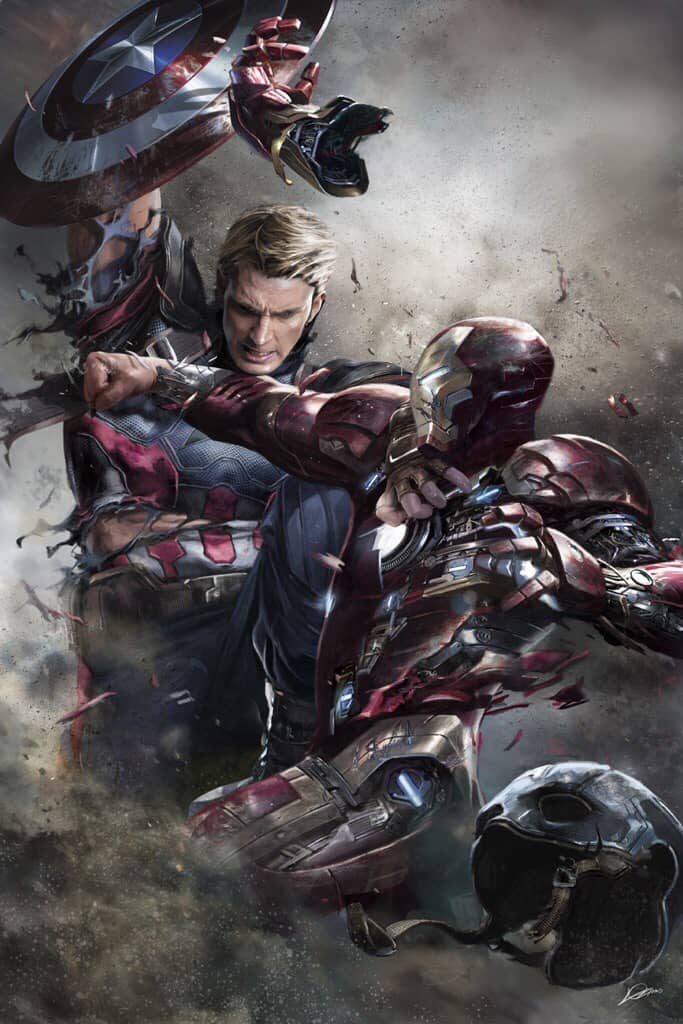