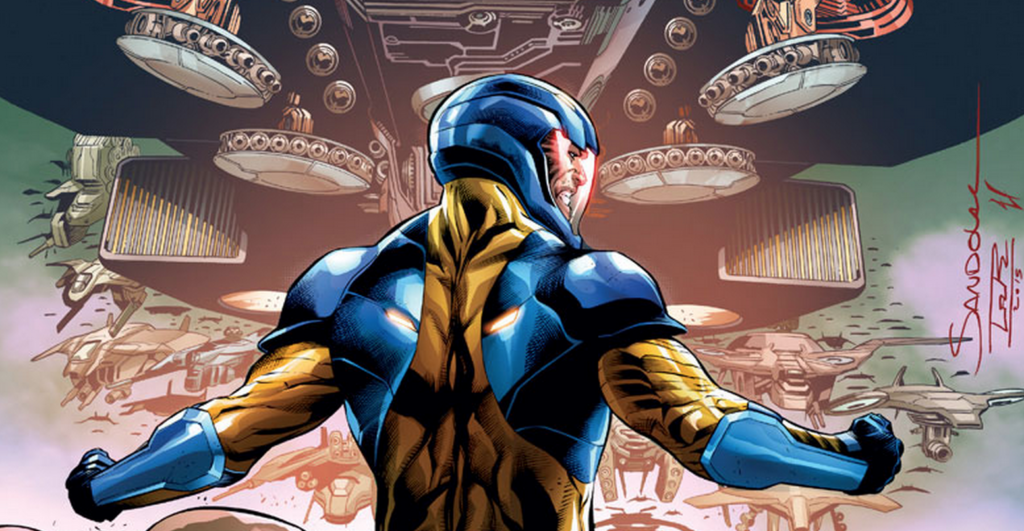 Earlier this week, we got a first look at Jason David Frank as Bloodshot and the actor, largely known as the green ranger in the original Power Rangers series, looked fantastic.

Now Valiant Entertainment, which is heading the project, has largely kept their feet dipped in the comic book world. But now, with X-O Manowar being developed into a movie, Valiant CEO and chief creative officer Dinesh Shamdasani spoke recently about expanding into other mediums and using their iconic characters to help them do this.

“X-O’s got a very very bright future. Not only are we hitting X-O Manowar #50, which is this massive run not just for X-O Manowar but for anybody today in modern comics. There’s only a few characters, Batman is one of the only other characters that I can think of that’s had or even approaching a run like this in the modern era.”

Shamdasani continues to talk about all the secret projects he can’t go into details about, but that will excite fans.

So there’ll be more than one director for the X-O Manowar film. Will it be a double team-up like the Russo brothers? Who do you want them to be? Are you excited for a X-O Manowar movie?