The first official image of Tom Hardy as Eddie Brock in Venom was released by Sony today, and with it now comes a new hint that the Life Foundation will possibly be the main villains in the film.

Check out the image below, where you’ll notice “Life Foundation” written down at the top: 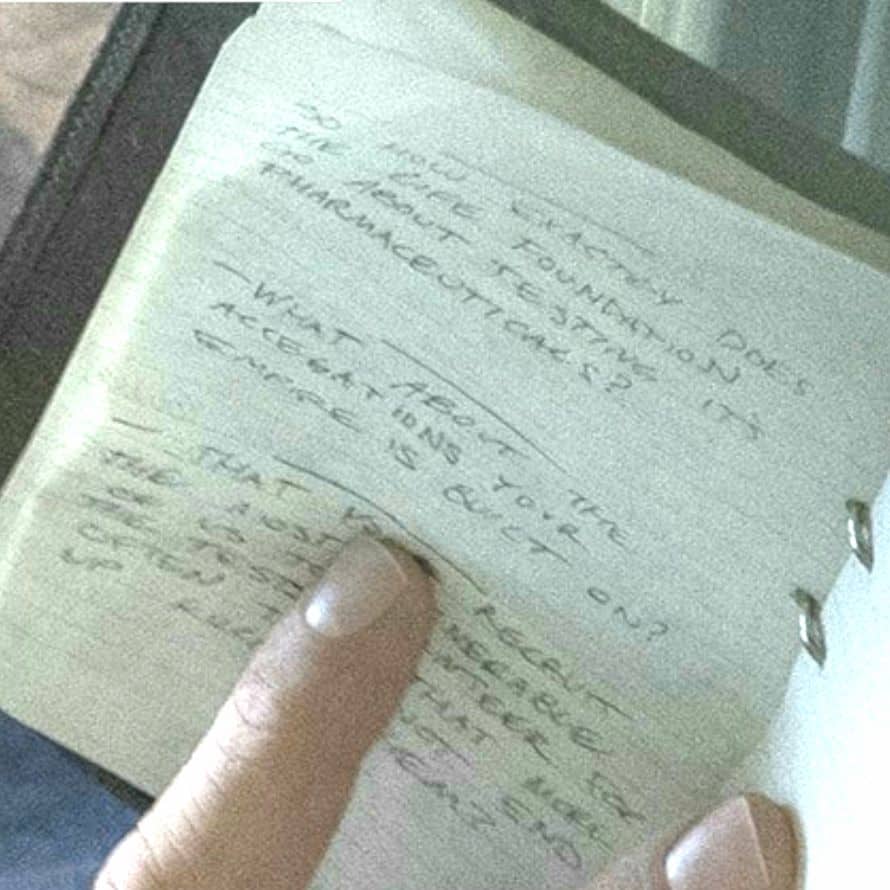 For any fans that aren’t well versed in Spider-Man lore, the Life Foundation is a survivalist group believing the world will be ending by way of nuclear holocaust. The foundation then creates five symbiotes spawned from Venom to form a security force, led by a female symbiote named Scream.

There’s been no indication yet that these five symbiotes will be appearing in the film, but Hardy did state the film will be taking inspiration from the Venom: Lethal Protector comic book miniseries released in 1993. The five symbiotes are created in that story by Dr. Carlton Drake, the character Riz Ahmed is rumored to be playing. We’ll have to wait and see how closely the film will be following that storyline, and what role Carnage could play in all of it.

Venom is directed by Ruben Fleisher and stars Tom Hardy, Michelle Williams, Scott Haze, Jenny Slate and Riz Ahmed, with Woody Harrelson in talks to join the project in an unspecified role.