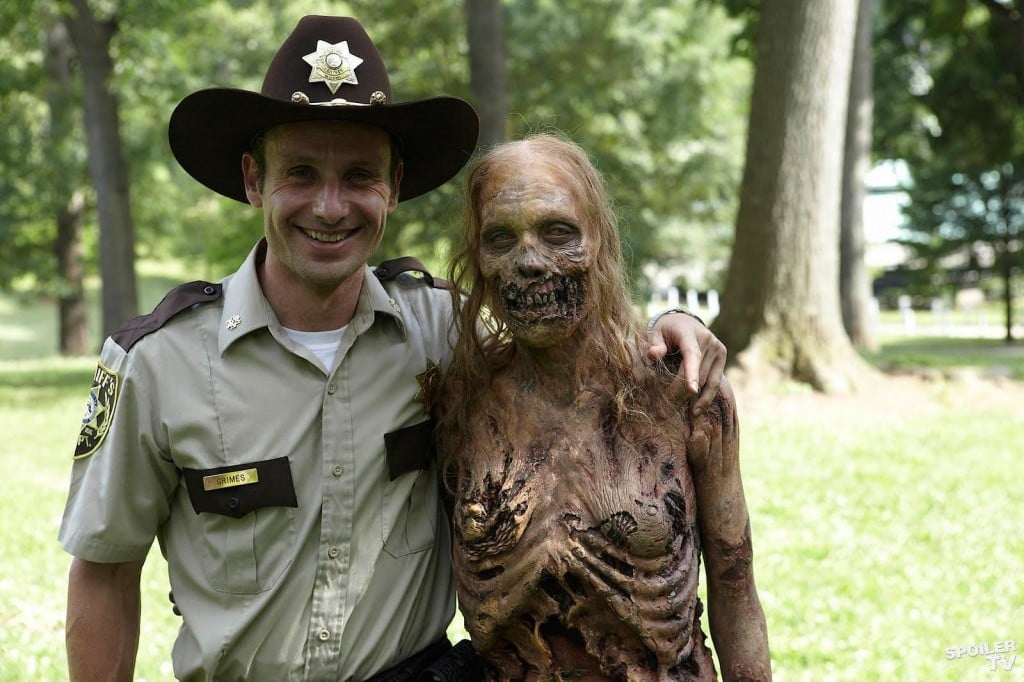 Fans of AMC’s The Walking Dead can already own merchandise from the show, play different video games and purchase the graphic novels. Now there is one more way for fans to interact with their favorite zombie show.

Through the Rawr Messenger app, a Walking Dead store has officially launched. At this store, users can become their own avatars in gear that has been seen on the show. Characters can be modeled after  Rick Grimes, Michonne and even the new resident villain Negan. Users can purchase items like weapons and unique accessories along with their favorite clothing items from the show.

The store will be officially launched at New York Comic Con and presented over Walking Dead’s Twitch live feed.

Before Dead returns, AMC will be airing a two-hour special look back at seasons past.

The two-hour show will be titled, The Walking Dead: Journey So Far and airs from 9-11 p.m. on Sunday, Oct. 16th. While getting audiences caught up on the show, it will also feature special interviews with members of the cast and executive producers.

Is this store something that you are interested in? Are you looking forward to the Walking Dead having a presence at New York Comic Con? Comment below and let’s talk all things Walking Dead.