The seventh episode of WandaVision revealed a surprise villain hiding among Wanda Maximoff’s family and the Westview residents.

WandaVision revealed a number of exciting developments for the Marvel Cinematic Universe in the show’s latest episode, but most importantly of all, it confirmed a long-standing theory about one suspicious Westview resident. Theories have circulated that Wanda’s nosy neighbor Agnes might not be who she seems to be and episode 7 provided the answer that most Marvel fans expected to see… Agnes was Agatha Harkness all along.

The finale of the episode saw Wanda go to Agnes’ house after her brief confrontation with a cosmically powered Monica Rambeau, although she quickly realizes something’s up when the twins are nowhere to be seen and an eerie atmosphere descends over the house. When Agnes suggests the boys are in the basement, Wanda goes to look for them – only to find a bizarre dungeon filled with mysterious artefacts including what looked like the Darkhold from Agents of S.H.I.E.L.D. season four. But most importantly, Kathryn Hahn‘s Agnes reveals she’s really Agatha Harkness, bewitching Wanda with a purple enchantment before showing that she’s manipulated the entire show so far. She even killed Sparky the dog… True villain status right there. Take a look at the WandaVision reveal below. 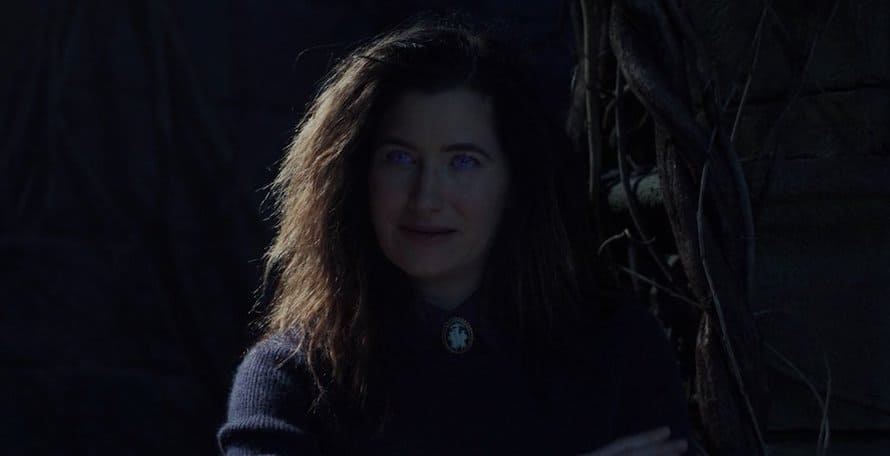 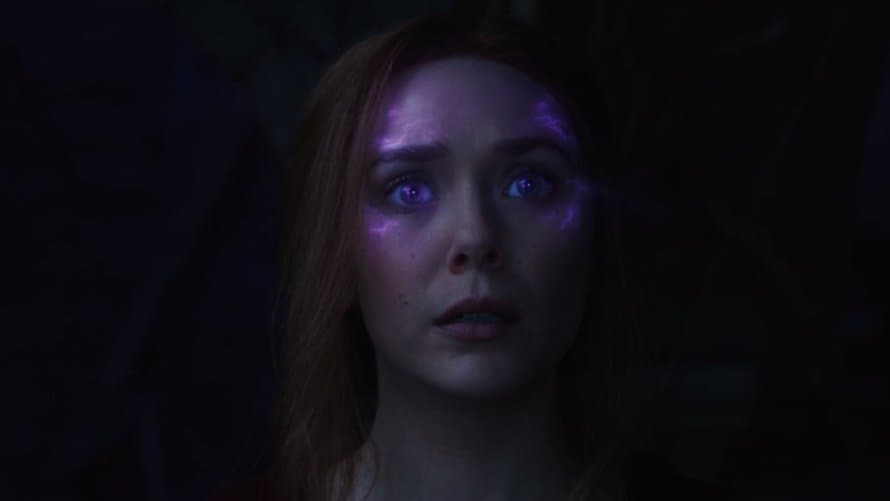 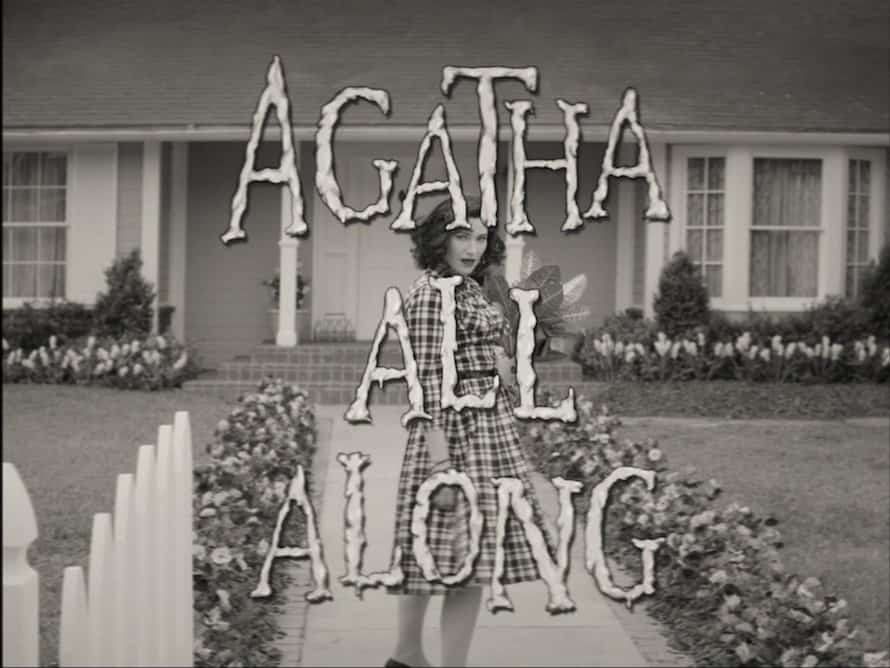 What did you think of the Agatha Harkness reveal? Are you excited to see what she’s got in store for Scarlet Witch? Sound-off in the comments below!

Read the official synopsis for WandaVision below.

Matt Shakman directed the series with Jac Schaeffer as the lead scribe; WandaVision will star Elizabeth Olsen as Wanda Maximoff/Scarlet Witch, Paul Bettany as The Vision, Teyonah Parris as Monica Rambeau, Kat Dennings as Darcy Lewis, Randall Park as Agent Jimmy Woo, and Kathryn Hahn in an undisclosed role. The President of Marvel Studios has said that the series leads into Doctor Strange in the Multiverse of Madness.

WandaVision premieres on Disney Plus every Friday. Keep following along to stay up to date on all of the latest news surrounding Scarlet Witch and the Marvel Cinematic Universe’s future, and subscribe to our YouTube channel for more content!