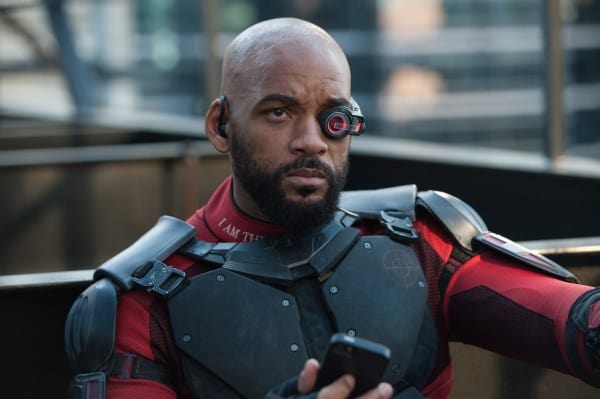 Will Smith is not returning for the James Gunn directed Suicide Squad sequel.

Suicide Squad is one of the first in universe DC Films to release and it was met with horrible reviews. The film went on to gross a ton of money at the Box Office and a sequel was greenlit. There has been a ton of talk about if the original cast would return or not and now we have an answer. According to Variety, Will Smith is not returning for the sequel.

The reason for Will Smith not returning to play Deadshot in the sequel is pretty simple. The actor and the studio came into some scheduling conflicts and it appears that the split is amicable. Will Smith as Deashot was one of the bright spots of the first film and it sucks to hear that will not return.

What do you think of Will Smith departing the film? Are you sad that Deadshot will not return? Sound off in the comments below!

The film is being written and directed by James Gunn. Charles Roven and Peter Safran will produce.

This past summer, Disney decided to part ways with James Gunn and fired him from Guardians of the Galaxy Vol. 3 after offensive tweets he posted years ago were brought back into the public sphere by alt-right figures who were retaliating against James Gunn due to his political views.  James Gunn, who had submitted a final draft of his Guardians of the Galaxy Vol. 3 screenplay before being removed from the project.

The first Suicide Squad followed a team of supervillains who were recruited by the government for a dangerous black ops mission in exchange for reduced sentences. The ensemble cast included Will Smith as Deadshot, Margot Robbie as Harley Quinn, and Jared Leto as The Joker, all three of whom were expected to reprise their roles in the sequel. Although Suicide Squad earned mixed reviews, at best, the film became a box office hit for DC with a worldwide gross of $750 million.

The Suicide Squad is one of many projects currently being developed by Warner Bros. and DC Films, including The Batman, The Flash standalone film, Green Lantern Corps, Birds of Prey, Black Adam, Cyborg, Nightwing, Supergirl, New Gods, a Deathstroke film, and a Joker origin movie set outside of the DCEU.

Stay tuned to Heroic Hollywood for the latest news on all DC projects!