A new image has been released for the highly anticipated Dark Phoenix film and it highlights the latest lineup of Mutant heroes.

The first trailer for the latest installment in the X-Men saga has finally dropped and fans are going nuts over it. They simply can’t get enough of Sophie Turner’s Jean Grey and her dark transition into becoming the Phoenix. The Phoenix saga was done previously in X-Men: Last Stand, but now, Simon Kinberg and crew look to make up for that farce and they have been kind enough to drop an exclusive image from the upcoming film via Empire. 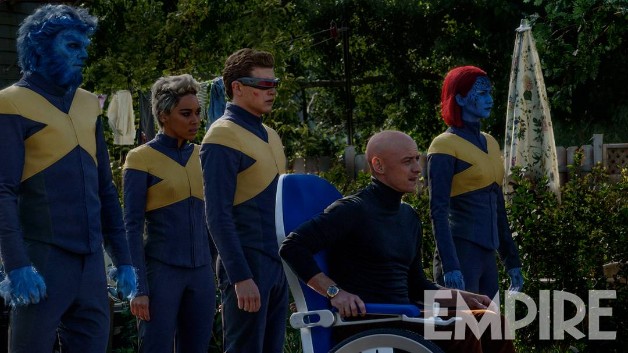 The image has Professor X next to his team of mutants rocking some very interesting blue and yellow uniforms. These somewhat resemble their classic attire. Mystique, Beast, Storm and Cyclops don’t like what they are seeing and it looks things are about to get crazy. The X-Men will have their hands full when they go head to head with their biggest threat when X-Men: Dark Phoenix finally hits theaters.

Are you excited to see these heroes team up against their biggest threat yet, Jean Grey in X-Men: Dark Phoenix? Please share your thoughts in the comments below.