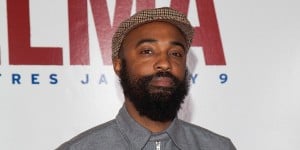 Things are shaping up nicely for Phil Lord and Chris Miller’s upcoming Han Solo spin-off. They cast Alden Ehrenreich in the lead role and they now have Bradford Young — who’s among the most exceptional cinematographers working in the business today — to lens the sci-fi picture. I’m pretty sure this is my most anticipated Star Wars movie by a good space mile. I’ll get back to you on that one. It’s a tough decision.

Most notably, Young shot Ava DuVernay’s Selma and Denis Villenueve’s upcoming Arrival. He’s also worked on A Most Violent Year, Pariah and Ain’t Them Bodies Saints, all of which are well worth watching. Although primarily based in the indie scene, Young’s moving his way up the system swiftly, and Lord and Miller picked wisely with their D.P. decision. I expect — or, at least, hope — this new coveted position will continue to rise Young’s exceptional profile. He deserves it, after all.

In fact, some reviews out of TIFF consider Young’s work on Arrival to be among his finest to date, calling it “atmospheric” and “haunting,” among other high praises. His work only continues to grow more exceptional, and he’ll likely do wonders with this new spin-off. His style seems a little subdued compared to Miller and Lord’s usual zippiness, but I’m sure it’ll work out nicely. Who knows what exactly they have planned for this new movie anyway? Details are quite minuscule at the moment.