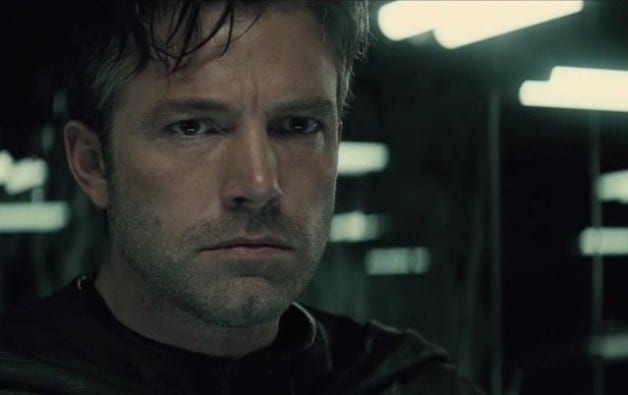 The Internet Reacts To Ben Affleck Officially Retiring As Batman

Zack Snyder recently took to the social media platform Vero to thank Ben Affleck for his work in the DC Extended Universe, calling the actor the “best Batman ever.” Affleck officially announced that he’s done as Batman after reports surfaced that Warner Bros. is looking for a younger Caped Crusader for The Batman. You can check out Zack Snyder’s reaction to the Ben Affleck news below.

Ben Affleck was originally set to write and direct The Batman. He eventually stepped down and handed the duties to Matt Reeves, who’s been attached to the movie since February 2017. Warner Bros. reportedly wants to start shooting the project this November.

Plot details for The Batman are currently under wraps. The film is said to revolve around a young Batman and Matt Reeves has previously confirmed that it will not be directly based on Frank Miller’s Year One comic.

The Batman is set to open in theaters on June 25, 2021. Stay tuned to Heroic Hollywood for the latest news on all upcoming DC Films projects!

When the first Suicide Squad was about to hit theaters DC fans were completely ecstatic. The trailers looked great and the feel of the movie was much different than the darkness that preceded it in Man of Steel and Batman v Superman: Dawn of Justice. This movie was expected to be one of DC’s biggest hits and it turned out to be one of the biggest let-downs of all time.

Suicide Squad was bad and its reviews reflected that. It was one of the only movies I’ve ever been upset at and it made me want to leave the theater. A sequel was announced because the film did well at the box office, going through a number of drafts until James Gunn was brought on to write it. With James Gunn now officially set to direct The Suicide Squad, it looks like the film will be a bit of a soft reboot.

Last night was a bit of a DC maelstrom of news. We got the release dates and official titles of Matt Reeves’ The Batman and James Gunn’s The Suicide Squad. Both movies will be hitting theaters in Summer 2021. Throughout all of the chaos a small tidbit surfaced about The Suicide Squad: the James Gunn-directed film will be some sort of relaunch with new characters and actors. Here are the characters I think James Gunn should introduce in his Suicide Squad movie.

Warner Bros. and DC may want to reboot Suicide Squad, but it would be seriously dumb for them to recast Amanda Waller. Viola Davis was one of the saving graces of the first film and bringing her back is the smart thing to do. Amanda Waller is the one that puts the group together and she shouldn’t be changed due to a new director.

Joe Manganiello made his debut as Deathstroke in the post-credits scene of Justice League. His character wasn’t as eager for a team-up as Lex Luthor, but we could see the assassin enroll in the Suicide Squad. It could be great for Manganiello as his Deathstroke film has been put on the back-burner.

This character is unlikely to show up in The Suicide Squad as she’s being heavily utilized in The Flash series on The CW. But, if James Gunn does get his hands on Killer Frost, I guarantee the character will not be a complete shitshow like in the series. Hopefully the director can make Killer Frost as villainous as possible.

King Shark was supposed to be in the first Suicide Squad, but ultimately didn’t make the cut. The concept art of the character shows the cold-blooded amphibious mutant in a Hawaiian shirt looking like a totally monstrous shark. If James Gunn does decide to utilize this character it would be fun to see what he does on screen.

Bronze Tiger was heavily featured in the first half of Arrow season 7. He was a major help to Oliver Queen during his tenure in prison. But Arrow hasn’t done a very accurate version of Bronze Tiger and The Suicide Squad could be the first place we get to see Ben Turner really let loose.

Kristen Wiig will make her debut as infamous Wonder Woman villain Cheetah in 2020’s Wonder Woman 1984. Maybe after the film, Cheetah gets locked up by A.R.G.U.S. and joins the Squad in present day. It would be great to see Wiig’s character be explored more in future films.