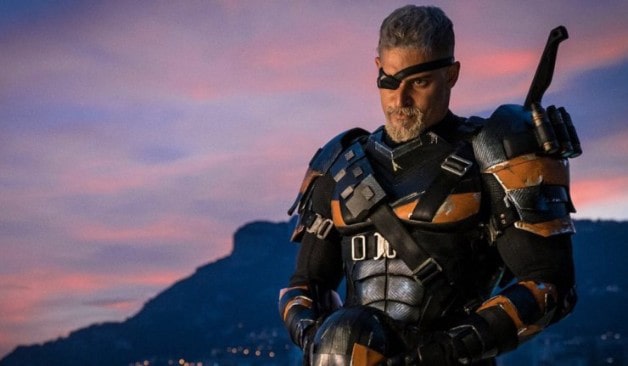 In the post-credits scene of Justice League, Jesse Eisenberg’s Lex Luthor summoned Joe Manganiello’s Deathstroke to his yacht to discuss the possibility of assembling a team of supervillains. Accompanying Luthor on his vessel were bodyguards, one of which was played by Katia Elizarova, and now the actress has shared a behind-the-scenes look at her character in the Justice League scene that was directed by Zack Snyder.

James Gunn Reveals A Storyboard For DC’s ‘The Suicide Squad’

Check out the post below to see a behind-the-scenes look at Katia Elizarova in the Deathstroke scene from Zack Snyder’s Justice League.

Joe Manganiello was originally set to portray Deathstroke in the solo Batman film when Ben Affleck was still on board to helm the project. However, when Matt Reeves assumed directorial duties, the filmmaker moved forward with a new story that likely does not include Deathstroke. A standalone Deathstroke film from director Gareth Evans was reportedly also in the works, but there’s been no movement on the project.