A new photo from Justice League was shared by Zack Snyder and shows off a shot of Ray Fisher as Cyborg in the upcoming movie.

With the arrival of Zack Snyder’s Justice League on the horizon, the director posted a new shot on Vero of Ray Fisher as Cyborg in the film. The actor has recently made plenty of headlines as he continues to ask for several Warner Bros. executives to be held accountable for the alleged abusive behavior which he claims took place during the reshoots on Justice League. And although Cyborg’s role was cut down considerably for the theatrical version of the film, the Snyder Cut will seemingly explore Victor Stone a little further.

Zack Snyder once again posted the new shot from the film on his Vero account, showing that he’s still working on the film which heads to HBO Max later this year. Ray Fisher’s Cyborg can be seen on the screen in the background, showing the hero dressed in a hoodie while his red chest light glows through the material. Actor Harry Lennix also recently confirmed that Justice League will see him finally become the Martian Manhunter, teasing what to expect from his appearance. Take a look at Ray Fisher as Cyborg below. 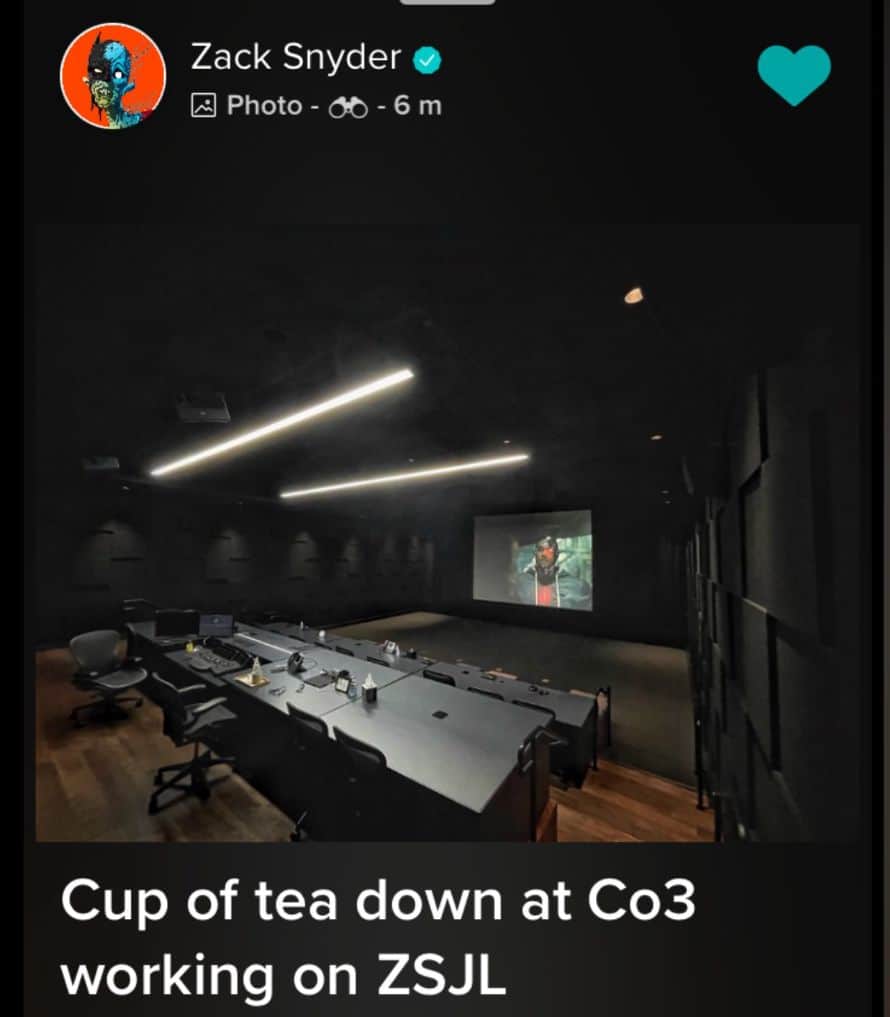 Are you excited to see more from Ray Fisher’s Cyborg in the film? What else are you looking forward to in Justice League? Sound-off in the comments below.

Zack Snyder’s Justice League Cut is set to hit HBO Max in March 2021. Stay tuned for the latest news regarding Ray Fisher’s Cyborg and the future of the DC Extended Universe and make sure to subscribe to our YouTube channel for more content!