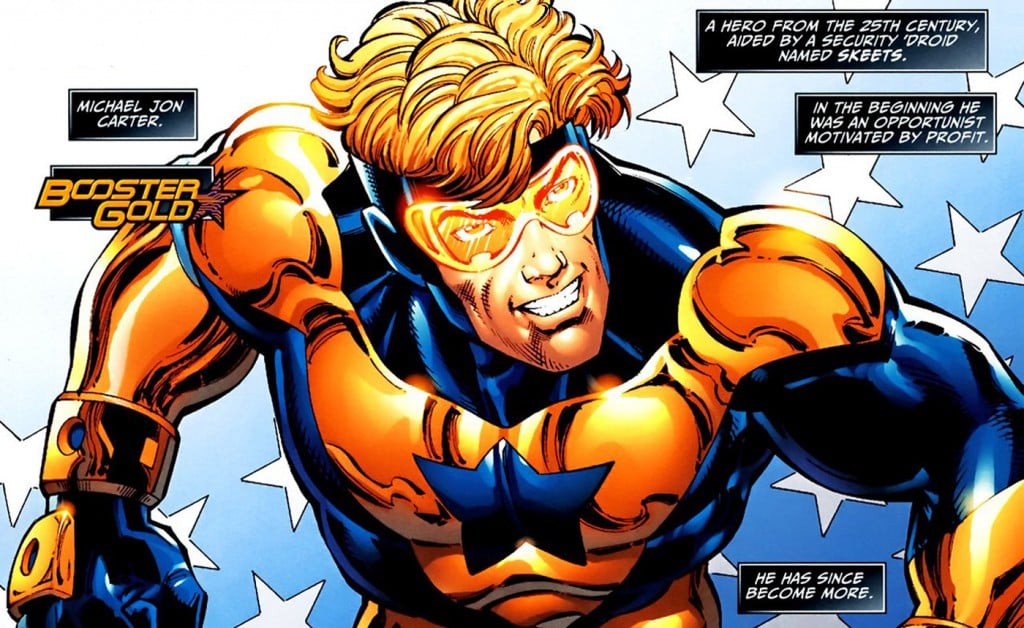 It was confirmed a few weeks ago that Zack Stentz would be the man to pen the eventual Greg Berlanti produced Booster Gold film for WB and DC’s ever-expanding slate of superhero movies, and now earlier today Stentz has taken to Twitter to hint that the process has most likely started.

He also tweeted this out a few minutes later, more than likely referring to the overly cocky persona of Booster Gold:

This most likely means that the writing process for the Booster Gold film is officially under way. Booster Gold is a time traveling superhero who started out as nothing more than a showboating celebrity from the future who used his knowledge of future events to stage false heroics. Over time, his reputation started to catch up to him as he eventually became a real hero weighed down by his old antics. His first appearance was in 1986 and since then he has gained a buddy relationship with fellow hero Blue Beetle.

The Booster Gold film has been heavily rumored for some time, with official confirmation released earlier this summer from producer Greg Berlanti. It has also recently been reported that Berlanti made claim this film would not take part in the DC Extended Universe, but with a whole DC multiverse out there it’s hard to think the character will not somehow be connected.

Prior to the film announcement, the time traveling pseudo-superhero was rumored for quite some time as a candidate for a potential CW show, which makes sense considering time travel is a major element in both The Flash and Legends of Tomorrow. Rip Hunter, Booster Gold’s infamous son, is one of the main characters in Legends, so that aspect would have made sense as well. Some rumors I’ve read online have even theorized that the Booster Gold movie could actually even take place in the Arrowverse, but for now those are just unsubstantiated fan theories.

With a Booster Gold movie, one also has to wonder if Blue Beetle is going to make an appearance and get his own eventual film. Both Booster Gold and Blue Beetle together would make an excellent buddy-comedy, considering they’re always getting into slapstick trouble in the comics. They would be a great option to help balance the darkness of the current DCEU.

Are you excited to eventually see Booster Gold on the silver screen? Make sure to let us know in the comments!