Disney’s live-action remake of Aladdin will bring the adorable monkey Abu to life on the big screen.

The 1992 animated Disney film Aladdin is full of iconic imagery and characters. Aladdin’s trusty sidekick Abu is one of Disney’s most lovable animal characters and now he’s back on the big screen. Next year, the live-action remake hits theaters and, of course, Abu will be along for the adventure.

Entertainment Weekly has released the first image of Abu in the film and it reveals that he’ll be brought to life using visual effects. Director Guy Ritchie is no stranger to visual effects, as his previous film King Arthur: Legend of the Sword was filled to the brim with strange creatures and fantastical locations. Check out the image from Guy Ritchie’s Aladdin below. 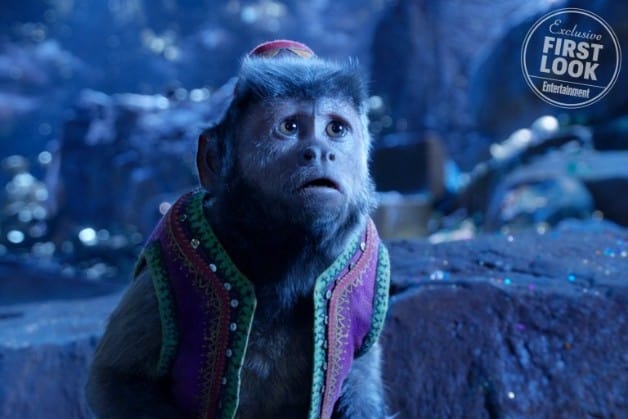 Aladdin hits theaters in May 2019 but you don’t have to wait that long to see more Disney classics return to the big screen. Today, the long-awaited sequel Mary Poppins Returns arrives in theaters, featuring Emily Blunt in the iconic role of Mary Poppins.

We’ll be sure to keep you updated on all news regarding Aladdin as soon as more information becomes available. Are you happy with Abu being a digital effect or would you have preferred to see a live-action monkey instead? Let us know your thoughts in the comments below!