The Disney animated film pantheon has plenty of iconic villains in it, from Ursula to Cruella de Vil. Now one of its most iconic foes is getting the live-action treatment, with Marwan Kenzari playing Jafar in Guy Ritchie’s Aladdin.

Disney’s Live-Action ‘Aladdin’ Reveals Will Smith As The Genie

Entertainment Weekly has just released an awesome new image of Marwan Kenzari as Jafar in next year’s Aladdin. Fans may recognize Jafar’s costume as being very similar to his animated counterpart. Check out the image below to see the villain in the flesh. 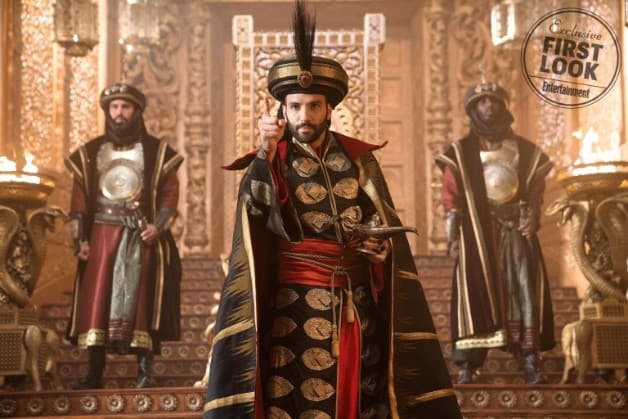 Aladdin will be releasing in a year that will see a few iconic Disney films enter the world of live-action. Tim Burton’s Dumbo will hit theaters prior to Aladdin, while Jon Favreau’s The Lion King will arrive less than two months after its release.

We’ll be sure to keep you updated on all news regarding Disney’s Aladdin as soon as more information becomes available. Are you a fan of Jafar’s look in the film? Which other Disney films would you like to see receive the live-action treatment? Let us know your thoughs in the comments below!