Our first look at Will Smith as the Genie in Disney’s upcoming live-action Aladdin remake is here.

Disney has been having massive success with its live-action remakes. Next year, a handful of them will be arriving in theaters including Dumbo, The Lion King, and Aladdin. Sherlock Holmes helmer Guy Ritchie is directing the adaptation of the beloved 1992 animated film, which featured comedian Robin Williams as the voice of the Genie.

In the remake, the Genie will be played by Will Smith.  Entertainment Weekly has revealed the cover for its latest issue, which finally offers fans their first look at Smith’s design as the Disney icon. Check out the image below to see how Ritchie and Smith have brought the Genie to life. 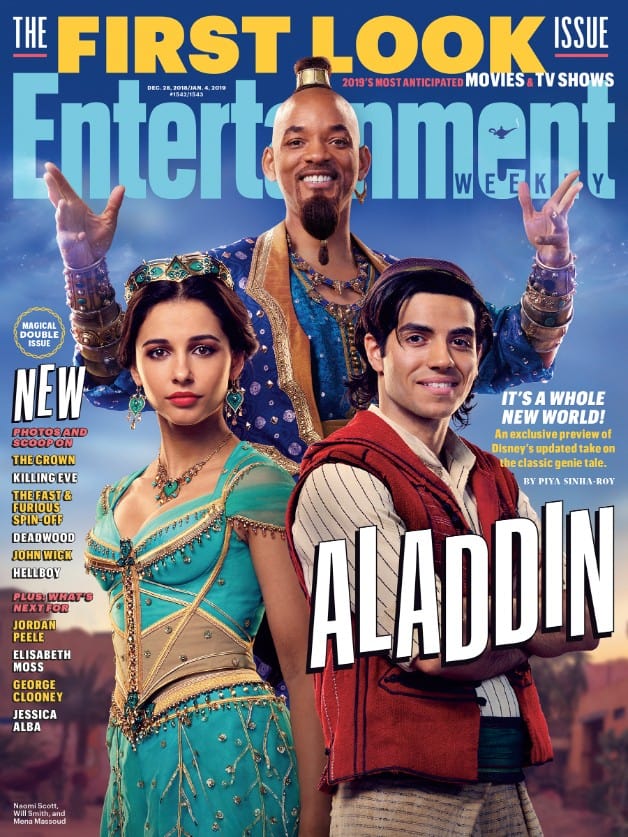 Disney fans may have to wait a few months for movies like Aladdin and Dumbo to open in theaters, but don’t worry, Mary Poppins Returns opens in theaters today. It’s not a remake of an animated Disney film but more so a sequel to the original Mary Poppins starring Julie Andrews. Although Andrews doesn’t make an appearance in the film, she does have a small role in another big movie this year, Aquaman.

We’ll be sure to keep you updated on all news regarding Aladdin as soon as more information becomes available. Are you a fan of the new Genie design? Which upcoming live-action Disney remake are you most excited about? Let us know your thoughts in the comments below!