A full-length trailer for Disney’s Aladdin starring Mena Massoud and Naomi Scott made its debut this morning and now the studio has also released a brand new poster for the highly-anticipated movie.

The Aladdin poster gives fans a fresh look at all the big stars of the upcoming movie, including Mena Massoud, who plays the title character, and Naomi Scott, who’s on board as Princess Jasmine. Will Smith’s Genie is also featured on the poster but not in his much-criticized blue form. You can check out the poster below. 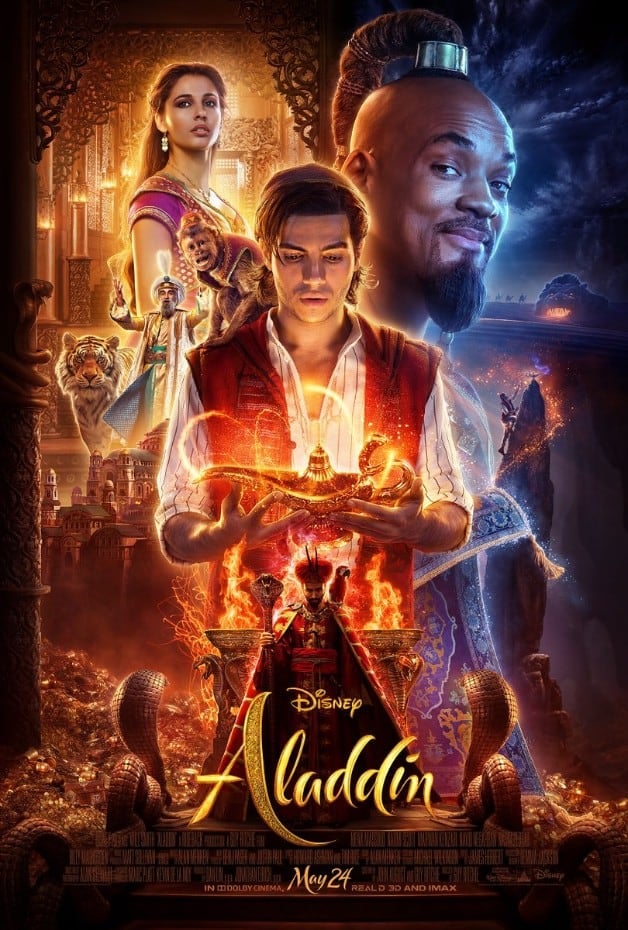 What do you think of this poster? Are you excited to see the upcoming movie starring Mena Massoud and Naomi Scott? Sound off in the comments below, and be sure to continue following Heroic Hollywood for all the latest news from the upcoming live-action Disney adaptations of Aladdin, Dumbo and The Lion King.

Disney’s Aladdin opens in theatres on May 24, 2019. Here’s the offficial synopsis:

A thrilling and vibrant live-action adaptation of Disney’s animated classic, “Aladdin” is the exciting tale of the charming street rat Aladdin, the courageous and self-determined Princess Jasmine and the Genie who may be the key to their future.