We are just about three months away before Warner Bros. Pictures and DC Films’ Aquaman makes a big splash. DC Comics fans have been obsessing over the trailer that debuted at San Diego Comic-Con this year, and one of the elements that have had fans the most hyped is Black Manta (Yahya Abdul-Mateen II).

Abdul-Mateen, who is known for his roles in Netflix’s The Get Down as well as films such as Baywatch and The Greatest Showman has had no shortage of excitement. The actor has continuously reveled in the hype of his role as Black Manta along with DC fans and is just as excited to see what his director James Wan has brought to the table in bringing his character and the rest of Aquaman to life.

In a recent example of himself expressing excitement, Abdul-Mateen shared a selfie on his Instagram story of himself right in front of a stunning Black Manta statue with the glowing red eyes. Abdul-Mateen is so jazzed about his role, that he celebrates it by engulfing his selfie in fire emojis. You can check out the selfie down below: 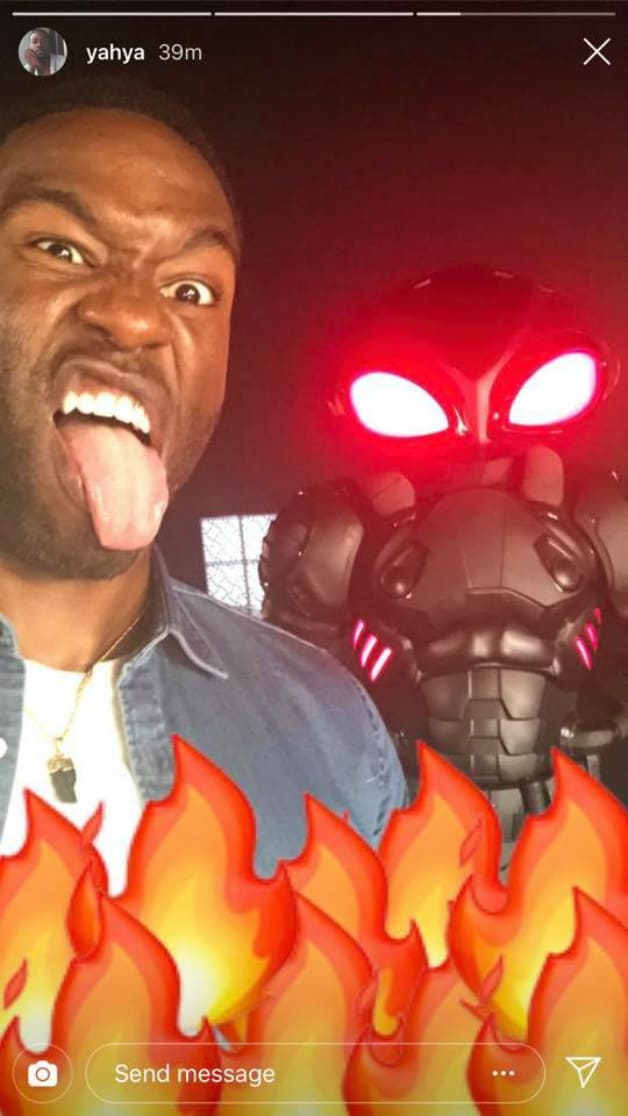 Here is the synopsis for Aquaman:

“From Warner Bros. Pictures and director James Wan comes an action-packed adventure that spans the vast, visually breathtaking underwater world of the seven seas, “Aquaman,” starring Jason Momoa in the title role. The film reveals the origin story of half-human, half-Atlantean Arthur Curry and takes him on the journey of his lifetime—one that will not only force him to face who he really is, but to discover if he is worthy of who he was born to be… a king.”