The has CW unveiled the first official poster for the upcoming Arrowverse crossover titled Crisis on Infinite Earths.

Much like the Crisis on Infinite Earths comic arc, the Arrowverse version of the story will unite multiple versions of DC heroes as they attempt to prevent the Anti-Monitor from destroying the Multiverse. The new poster for Crisis on Infinite Earths spotlights a handful of those heroes who join Green Arrow, The Flash, Supergirl, and the Legends of Tomorrow in the fight to save all worlds.

You can check out the new poster for the next Arrowverse crossover below! 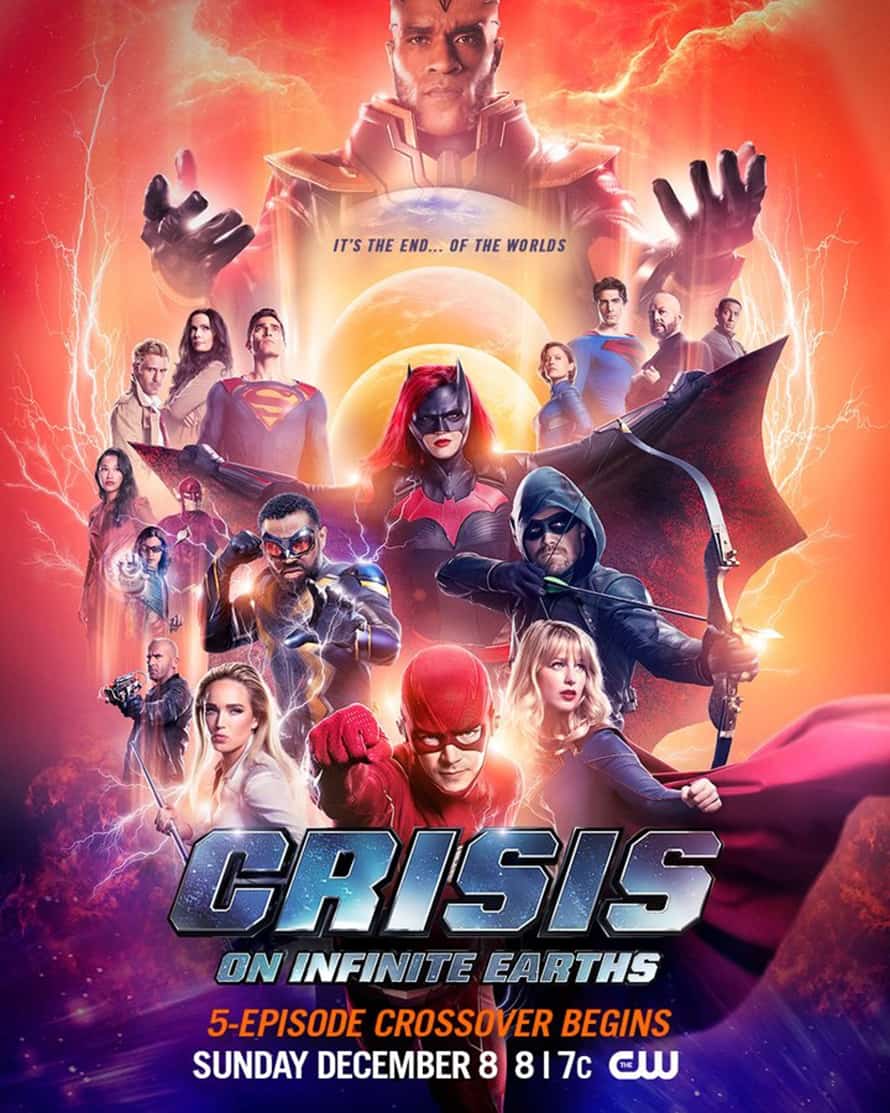 Are you excited to see the heroes of the Arrowverse unite with some familiar faces from the past? What do you think of the new poster for the Arrowverse event? Let us know below!

Crisis On Infinite Earths will span two quarters and consist of Arrow, The Flash, Supergirl, Legends of Tomorrow, and Batwoman. The Arrowverse crossover will launch with three episodes in December before concluding with two additional episodes in January. Meanwhile, Stargirl is expected to premiere on DC Universe in 2020.

Stay tuned to Heroic Hollywood for the latest news on Crisis on Infinite Earths and the Arrowverse as it develops!