Avatar: The Last Airbender will be making its return to the small screen in the form of a live-action Netflix series that will be overseen by the series’ original co-creators.

The Last Airbender became an instant classic when it began airing in early 2005 thanks to its incredible animation, characters and fantastic world. After running for three seasons, it made sense that the series would next head to the big screen. In 2010, the infamous live-action adaptation The Last Airbender (titled this way to avoid confusion with James Cameron’s Avatar) hit theaters and whereas the series was an instant classic, the film was instantly shunned by fans.

The franchise disappeared until 2012 when the spin-off The Legend of Korra hit and earned a huge cult fan base. Now that it’s been four years since the conclusion of Korra, the franchise is returning in the form of a live-action Netflix series. The series will be overseen by Avatar: The Last Airbender co-creators Michael Dante DiMartino and Bryan Konietzko and the two released a joint statement on the new series, which can be seen below, along with some incredible concept art.

“We can’t wait to realize Aang’s world as cinematically as we always imagined it to be, and with a culturally appropriate, non-whitewashed cast. It’s a once-in-a-lifetime chance to build upon everyone’s great work on the original animated series and go even deeper into the characters, story, action, and world-building. Netflix is wholly dedicated to manifesting our vision for this retelling, and we’re incredibly grateful to be partnering with them.” 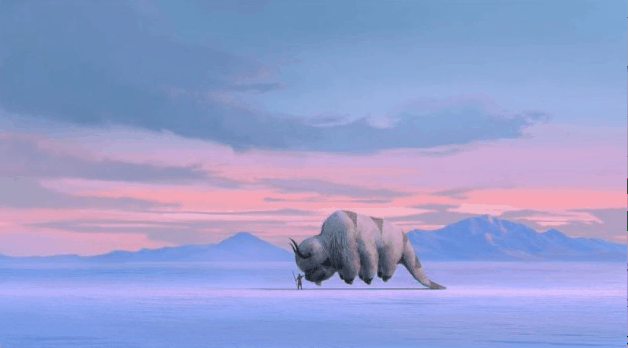 That’s all the information that’s been released regarding the latest adaptation of Avatar: The Last Airbender but we’ll be sure to keep you updated on all news regarding the new series as more becomes available.

Are you excited to see Avatar: The Last Airbender return to live-action? Let us know in the comments below!