Skip to content
by Francisco Solano Olarte on April 6, 2019

Is this Avengers: Endgame book teasing the appearance of a dearly beloved and extremely powerful cosmic Marvel comics character? You be the judge.

‘Avengers: Endgame’ Fan May Have Figured Out The Location Of Those Ruins

Details on Avengers: Endgame are still kept tightly under wraps which makes us continue to wonder what we’ll eventually see on the silver screen in just a few weeks. Since the film is the conclusion of almost ten years of cinematic storytelling and Marvel Studios will keep making films about their superheroes, its almost certain that Avengers: Endgame will tease what’s to come next. Maybe even using what some of what we’ve seen has been teased in previous films in the franchise.

One of those mysteries is the appearance of what seemed to be Adam Warlock’s cocoon at the end of Guardians Of The Galaxy Vol. 2. While the film ended, the smart guess was that Adam Warlock would be the Guardians Of The Galaxy’s next foe in Vol. 3. Then the MCU carried forward without certainty if Vol. 3 would ever hit the theaters after Disney sacked James Gunn. But now that James Gunn is back at the film’s helm once again, the appearance of Adam Warlock in the MCU seems like a matter of time This Avengers: Endgame book includes a picture titled “Adam Warlock: The Golden Child”. Could it be teasing the appearance of the mighty Marvel superhero? Check the picture out: 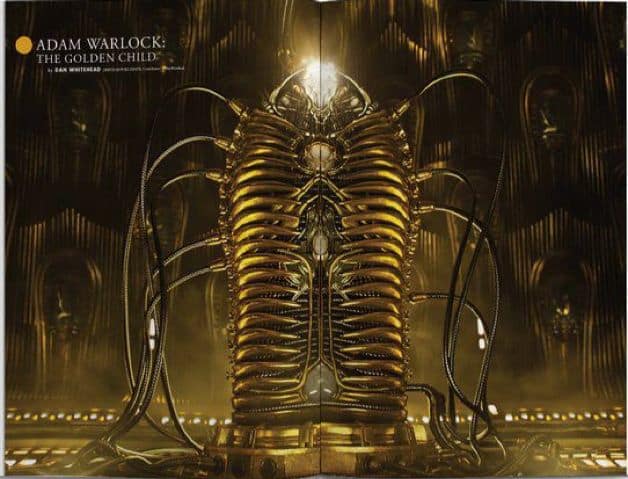 Sadly, the evidence against the appearance of Adam Warlock in Avengers: Endgame may prove fatal for this theory. The Russo Brothers and James Gun himself have denied time and again that the cosmic Marvel superhero will be featured in the film. Maybe we’ll just have to wait until Guardians Of The Galaxy Vol. 3 drops in a couple of years time.

Where do you think the MCU’s going after Avengers: Endgame? Sound off in the comment section down below!