Avengers: Endgame is less than three weeks away from gracing the big screen and capping off a saga that began over twenty films ago. Iron Studios has released some incredible images of new Avengers: Endgame statues they have coming out portraying Nebula (Karen Gillan) and Ronin (Jeremy Renner). 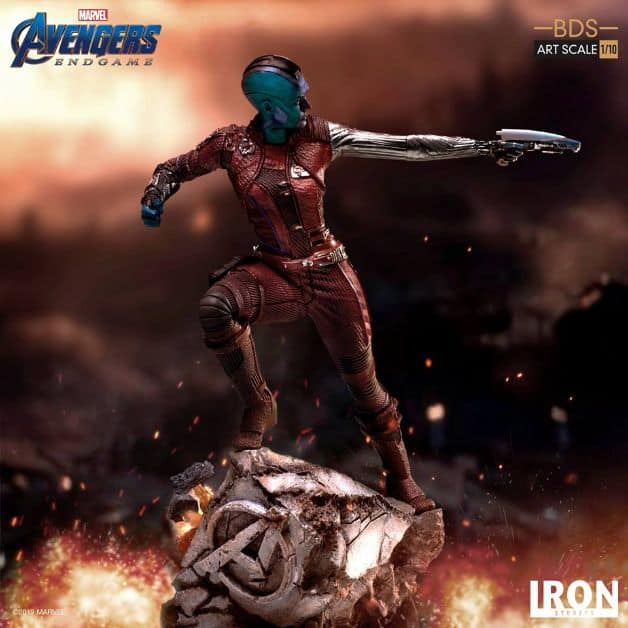 Is This Avengers: Endgame Book Teasing The Appearance Of A Major Character In The Film?

What stands out from this image is the Avengers “A” in the rubble that Nebula is standing on. Could it be suggesting that the fight is coming to Earth, more specifically the Avengers compound, and that the mad titan Thanos will be visiting Earth for a possible first time?

Fans have seen Nebula in action in the Avengers: Endgame trailers and TV spots. The promos for the film have also given fans a glimpse at the Avengers compound as the team assembles to possibly make their move against the Mad Titan Thanos. Another scene from the second official Avengers: Endgame trailer depicts a fiery battle scene with Nebula yelling in anger and she prepares for a fight with an unknown enemy off screen, which fans also seem to think is part of the same battle.

What do you think about this new Avengers: Endgame action figure and its possible implications for the upcoming film? Do you think this is an image of Nebula on Earth or possibly another planet? Sound off in the comment section below!