A new promotional art piece from Avengers: Endgame unites the Avengers with their Quantum Realm suits.

Avengers: Endgame is now less than a month away, and with the release date so soon, we now have another look at the Avengers in their Quantum Realm suits via promo art. The suits look the same as previous images, but there are a few things that stand out. The new image comes from Reddit user FyreRage, you can view it below. 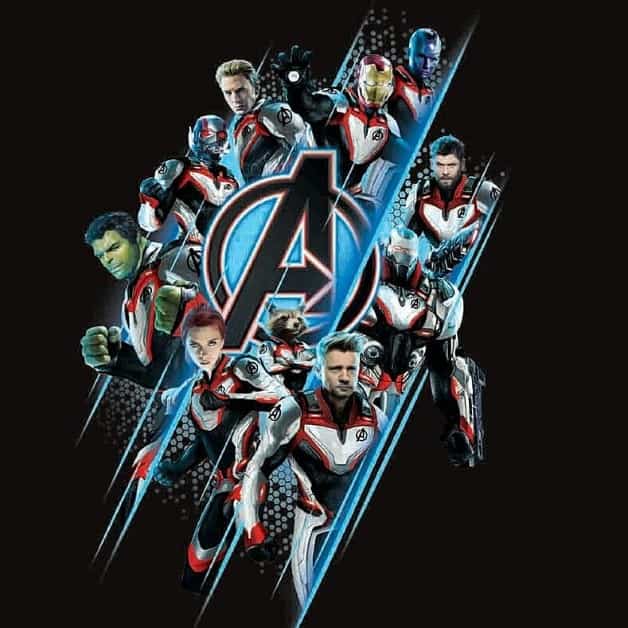 If you look closely, you can see that the Quantum Realm suits appear to have the Avengers logo on their arms rather than simply on the chest as we have seen before. If true, this small detail will have the team more united and costume coordinated for Avengers: Endgame. Mark Ruffalo’s Hulk appears to have a closer resemblance to Mark Ruffalo’s facial characteristics which could mean we may in fact be getting Professor Hulk in Avengers: Endgame. Don Cheadle’s War Machine appears to have a more bulked up look with a serious arsenal at hand. Even though the Avengers may have been defeated by Thanos, fans can rest assure our beloved superheroes will make sure to avenge the fallen in Avengers: Endgame.

What do you think of the art? Do you like how the Quantum Realm suits look? Share your thoughts below.

“The grave course of events set in motion by Thanos that wiped out half the universe and fractured the Avengers ranks compels the remaining Avengers to take one final stand in Marvel Studios’ grand conclusion to twenty-two films, “Avengers: Endgame.”