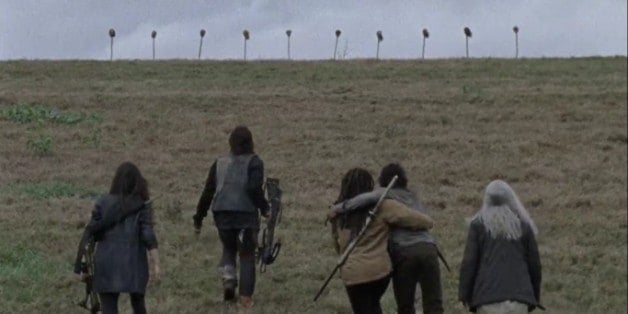 The recent Avengers: Endgame movie posters have been used as inspiration by AMC’s The Walking Dead and used to create some “fallen” posters all their own.

Marvel Studios has released some amazing movie posters for their upcoming smash hit which features all our beloved heroes that survived Thanos’ snap in color and all the ones who didn’t in black and white. All of these posters with the caption “Avenge the Fallen” going across them.

AMC’s The Walking Dead among others took the liberty to recreate their own Avengers-style posters after last Sunday’s heartbreaking episode titled “The Calm Before”. These posters have a different caption however with “Avenge the Dead”.

SPOILER WARNING! If you haven’t been caught up with The Walking Dead as of last Sunday, you might want to watch that episode first before clicking on the link below and looking at these incredible images.

You have been warned!

The King (Khary Payton) will not let this stand. Rest in peace Henry (Macsen Lintz).

By popular demand, adding Henry and Zeke to our #AvengeTheFallen #WalkingDead posters pic.twitter.com/cX7CjsAD4n

What did you think about these Avengers: Endgame inspired posters from The Walking Dead? Let us know in the comments section below! Hope we didn’t spoil anything for you, but you were warned.

The Season 9 finale of The Walking Dead will air this Sunday at 9PM on AMC.