In a recent look at the latest Marvel Art book, concept art within the book revealed an alternate final battle between Thanos and The Avengers in Avengers: Infinity War.

In it, we get to see many more of the Avengers in the final fight. What we see isn’t all that dissimilar from what happened in Iron Man’s fight with Thanos. The artwork in question shows Captain America, Hulk and Black Widow attempting to hold Thanos down and remove the Infinity Gauntlet before Thor delivers what he thinks is going to be the killing blow. Thanos then looks up and snaps his fingers, much to the horror of everyone around him.

You can see the image in question below: 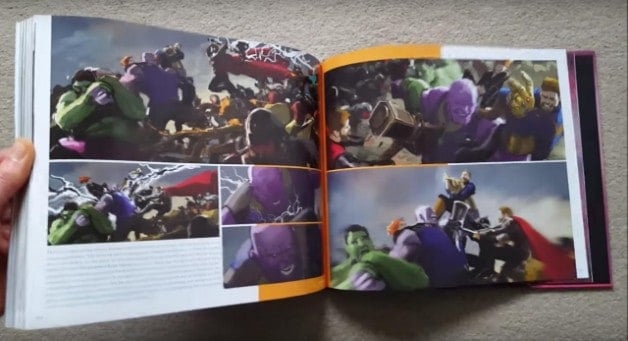 From the look of things, the final battle with Thanos was a far more desperate affair. In the ending that made it on screen, Thanos easily swatted most of the Avengers aside as he made his way to Vision for the Mind Stone. He was, however, unable to stand against the power of Stormbreaker as the weapon was able to break through the power of the Infinity Stones and slam the axe into Thanos’ chest. This, however, wasn’t enough to stop him from snapping his fingers and wiping out half of the universe’s population. But from the look of this art, it was originally suppose to involved far more of the Earth’s Mightiest Heroes.

What do you all make of this art work? Would you rather have seen more of the Avengers in this final confrontation or was the scene perfect as how they depicted it in the film? Let us know what you think in the comments below!

The sequel, currently only known as Avengers 4, is scheduled to be released in theaters on May 3, 2019.