The first look at Stormfront from The Boys season 2 shows off the new hero’s costume as Aya Cash makes her debut in the Amazon Prime series.

Fans of The Boys will be pleased to know that another character from the violently satirical comics is making their way to the Amazon Prime series from Eric Kripke. Stormfront is The Boys‘ version of Shazam and Thor since he boasts lightning powers and super strength. But in the show, Stormfront is being played by Aya Cash, and EW recently revealed the first look at the actress as the new version of the villainous hero.

When speaking to EW, Stormfront star Aya Cash explained that her new hero is going to shake up the Seven in an explosive way. Comic fans will know that the character in the comics has a Nazi streak to him which will be interesting to see if Aya Cash’s version of the superhero has the same political views, especially since The Boys thrives on controversial plot points. The actress also explained that the hero will blow up Vought.

“I think Stormfront is like a nuclear bomb that goes off in the Seven. Maybe nuclear bomb isn’t the right word. We’re in Chernobyl. There you go. It’s a Chernobyl thing. Meaning, if everything feels at ease, it’s just ’cause we’re in the eye of the… well, you know. I think she’s here to blow up Vought. She’s here to try to get Vought back to the original idea behind creating superheroes… And she can be quite the feminist. There’s a lot of, I wouldn’t say misdirect, but she also is a very empowered woman.”

Take a look at Aya Cash’s Stormfront in The Boys season 2 below. 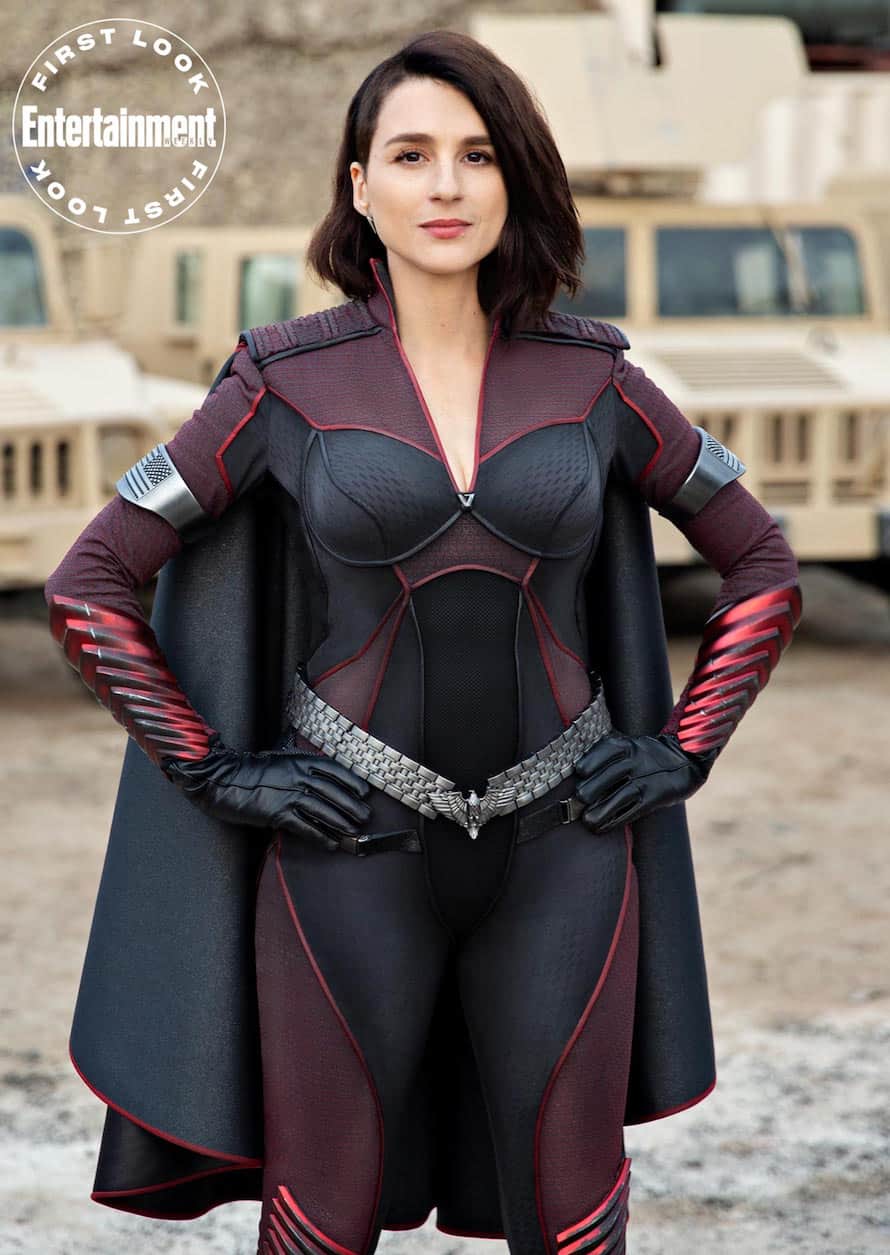 What do you think of the new take on Stormfront for The Boys season 2? Do you like the new costume? Sound off in the comments below!

Here is the official synopsis for The Boys season one:

THE BOYS is an irreverent take on what happens when superheroes, who are as popular as celebrities, as influential as politicians and as revered as Gods, abuse their superpowers rather than use them for good. It’s the powerless against the super powerful as The Boys embark on a heroic quest to expose the truth about “The Seven,” and their formidable Vought backing.

The Boys season one is now available on Amazon Prime Video.