Batman’s certainly had some bizarre adventures over the years, but being drawn into the Battle Royale world of the Fortnite game might just take the cake. In a new comic crossover from DC Comics and Epic Games, the Dark Knight has to face-off against legendary G.I. Joe hero Snake-Eyes for the first time in history. It’s a match that both DC and G.I. Joe fans have wanted to see for so long, and it seems only right that Fortnite is the battleground for their showdown.

The next issue of Batman/Fortnite: Zero Point #3 arrives on May 18, 2021 and there’s even a variant cover illustrated by the legendary Jim Lee depicting the epic fight between Snake Eyes and Batman. This issue is the halfway point of the series, so it’ll be interesting to see if writer Christos Gage offers Batman any way out of constantly fighting friends, enemies and the rest of the colorful characters that make up the Fortnite world. Take a look at a preview of the issue below. 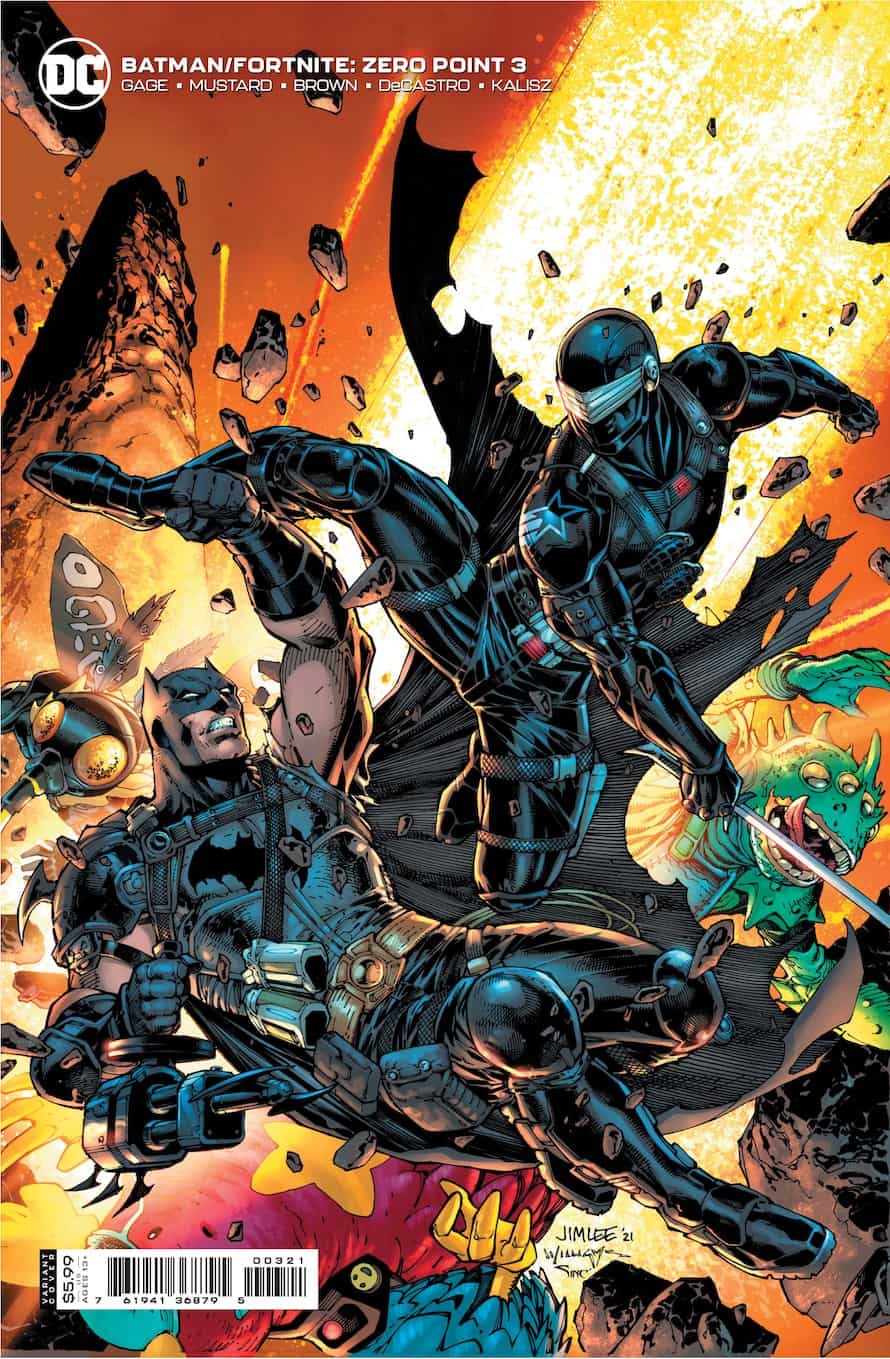 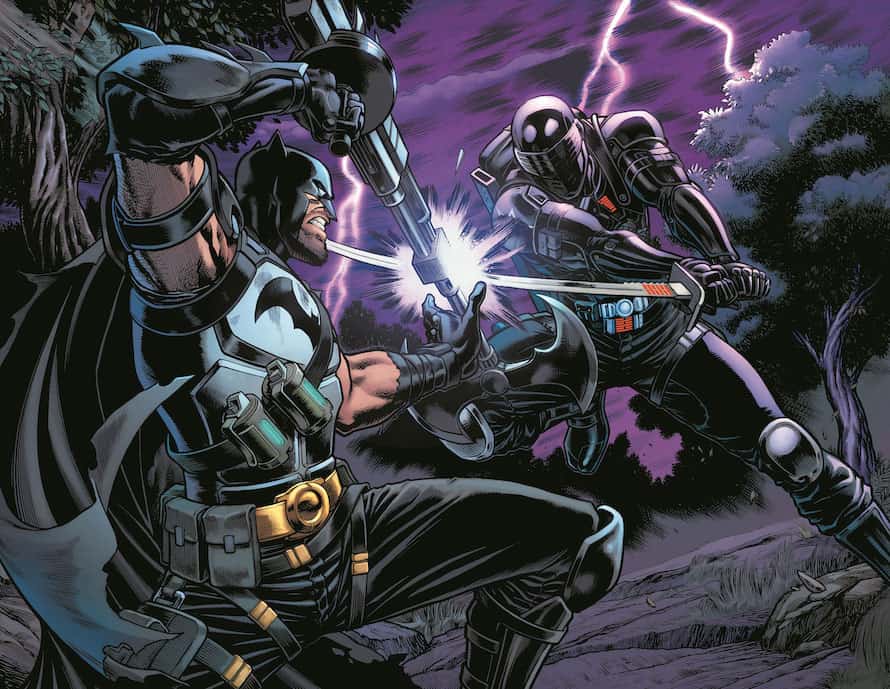 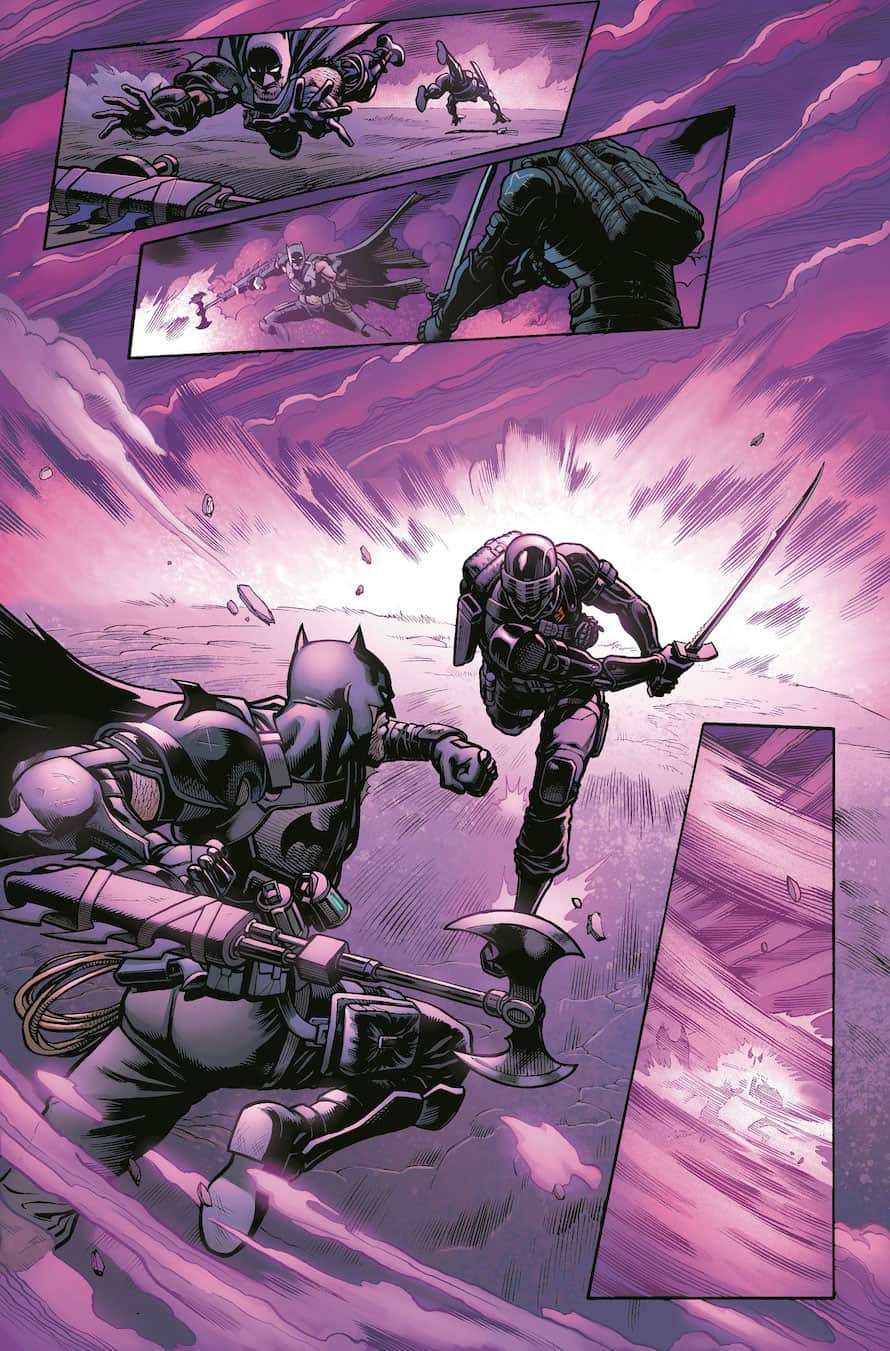 Are you excited to read Batman/Fortnite: Zero Point #3 when it arrives in May? What do you make of the art so far? Sound-off in the comments below!

In issue #3 of this six-issue limited series from DC and Epic Games, the Dark Knight faces off against the most unexpected adversary yet, Snake-Eyes, from G.I. Joe! You read that right: Snake-Eyes from G.I. Joe! Worlds collide on the Island as the unstoppable ninja goes up against Batman! But can either of them win the fight when neither of them can remember why they’re fighting, nor escape this twisted version of Groundhog’s Day? Will Batman even remember that he’s got to find a way back to Catwoman, all the while trying to figure out how to get back to Gotham City? And just what is Harley Quinn doing here?

Batman/Fortnite: Zero Point #3 is written by Christos Gage, pencils by Reilly Brown, with inks by Nelson Faro DeCastro and colors by John Kalisz. Stay tuned for all the latest news on the future of DC Comics, and be sure to subscribe to Heroic Hollywood’s YouTube channel for more video content.