DC Comics editor Ben Abernathy opened up about the surprising new costume for Batman at the start of the Joker War arc.

Now that the run up to DC Comics’ Joker War storyline has begun with Batman #95, a new Batsuit has been unveiled which has readers asking questions about what it means for the Dark Knight and why he needs it. Fans already drew comparisons to George Clooney’s black and white costume from Batman & Robin. Editor Ben Abernathy spoke to ComicBook.com about the new suit, assuring readers that all will be explained and it’s not intended to be just a “cliffhanger mystery.”

“That suit will be revisited at some point. It’s not meant strictly to be a cliffhanger mystery, but that suit, there’ll be further discussion on that at some point down the line. But it is a pretty cool suit. I’ll admit that. And actually talking to the design, that was like, ‘Jorge, design this futuristic, cool suit.’ And he worked up the design on that.”

In Batman #95 we learnt Bruce Wayne thought Lucius Fox designed the new suit, and vice versa. So the mystery also extends to who built it for the Caped Crusader. The costume will also have a role in DC Comics’ Batman #96 during some sort of nightmare Bruce has. Abernathy also went on to praise Jorge Jimenez’s art on the new story and says his style makes this Gotham unique to this story. The editor also said he’s excited for readers getting stuck in on the new arc.

“I’m not sure if he was born for this arc and/or drawing Batman, but his hard work and commitment and his energy, his design sense, everything about it has just been phenomenal… And I think part of the reason, and I’m not going to lie, he designed the Punchline character. His design aesthetic of these characters and that suit you mentioned that really stands out, Jorge is bringing to Gotham this design sense that I’m hoping will, I don’t want to say freshen things up, but these new characters and these new look and a new style that is in a lot of ways, uniquely his own. I’m genuinely excited for people who would be checking out Joker War.”

DC Comics recently revealed the new suit on the cover of the upcoming Batman #100, take a look below. 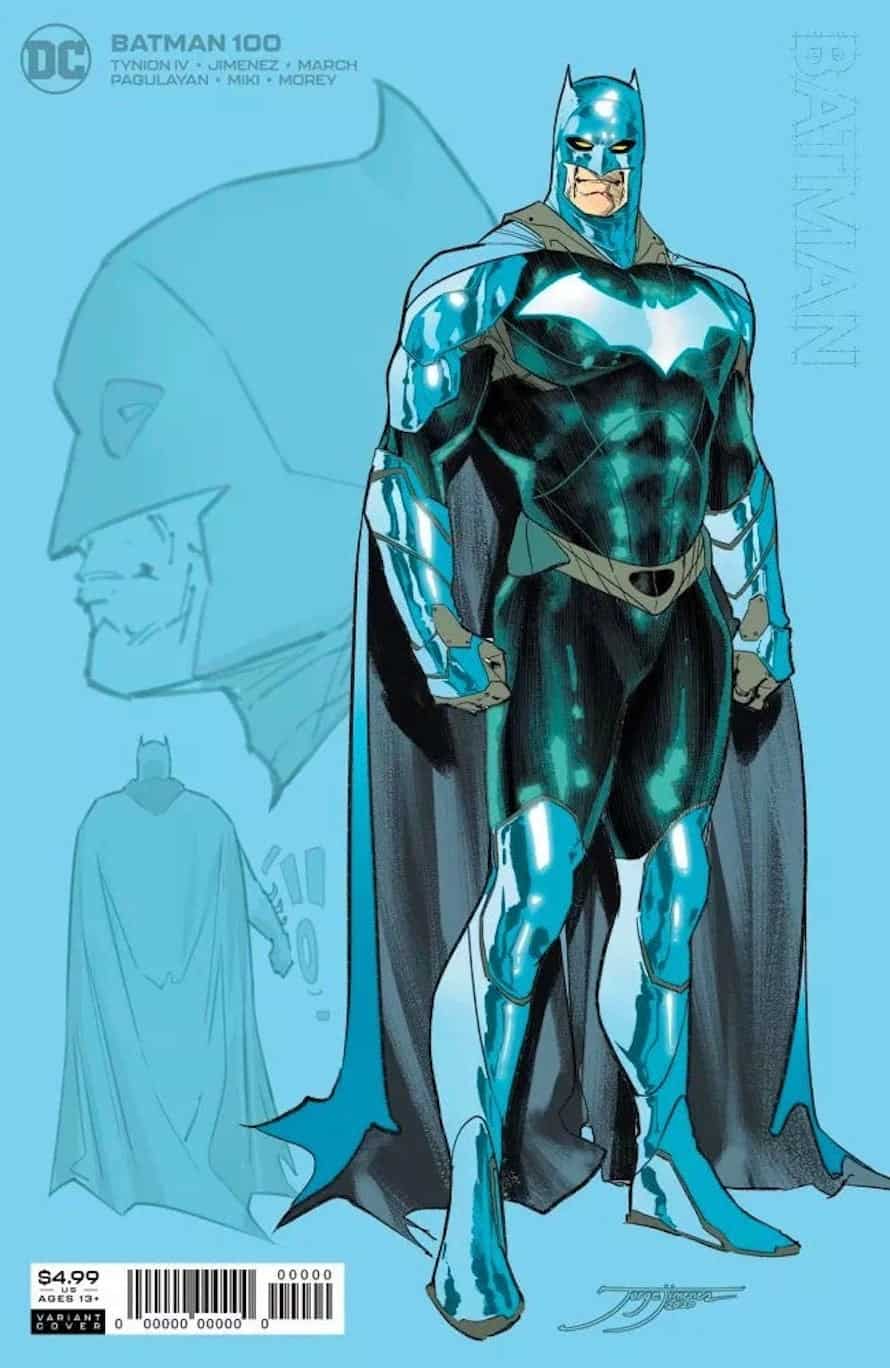 Are you excited to see where this new Batman costume comes from? What do you think of the design? Sound-off in the comments below!

Here’s the synopsis for Batman #96:

Reeling from the effects of the worst Joker toxin attack ever, Batman is on the run through Gotham City, pursued by the dark shadows and voices that haunt is past and present! As The Joker’s plan materializes, the only person who can save him from the brink of true madness is… Harley Quinn? Plus, who is the mysterious figure known as Clownhunter?”

Batman #96 is written by James Tynion IV with art by Jorge Jimenez. Stay tuned for all the latest news on the future of DC Comics and Batman, be sure to subscribe to Heroic Hollywood’s YouTube channel for more video content.