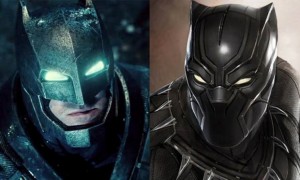 Comic book fans were in for a treat this year with the releases both Batman v Superman and Captain America: Civil War. Both films had comic book heavyweights battling each other over ideological differences and both films. As Screen Junkies pointed out, the films they are actually more similar than each of their perspective fans would admit to. However, one of the films received much more critical and commercial praise than the other. Fans and critics were more divided in their reception on Batman v Superman than Captain America: Civil War. Many thought that the storyline wasn’t as great as it could have been and the film was not considered a “success” despite earning more than $872 million at the box office. So what went wrong?

Recently Chadwick Boseman, who was introduced to audiences at Black Panther in Captain America: Civil War weighed in on the DC film on what they might have gotten wrong.

“I was there the first night to see Batman v Superman, got my popcorn and everything, and I’m not exactly sure what they did wrong, but I feel like sometimes you see a movie – and I could be wrong, or saying this because I’m in the industry – you can see that there’s at times [too] many people deciding something. That there’s not a clear voice from the director.”

It has been rumored that Warner Bros (who are known as director friendly) were heavily involved in the decision-making process of the DC films which could be what Boseman is alluding towards. Sometimes if there are too many cooks in the kitchen the end result is not as good as it could be.

He might have a point. When fans got to see the Ultimate Edition of Batman v Superman, they got to see a more fleshed out version of the film. You can see our review of the Ultimate Edition remarking that it is a superior version versus the theatrical cut and appears to be truly what director Zach Snyder wanted. With the promotion of Geoff Johns as the creative head of DC films going forward, now they have a sole voice that can help move the films in the right direction, so perhaps Boseman’s thoughts will not be reflected in future films.