by Francisco Solano Olarte on December 20, 2018

Marvel announced today two more actions figures for its Legends line-up for the Captain Marvel movie and one of them seems to confirm that the hero will become “binary” when she powers up.

The first figurine shows Carol Danvers as Captain Marvel with her Starforce uniform. There are rumors pointing that she’ll be known as “Vers” at this point, due to her seemingly having forgotten about her human past and relating her name to half of an Air Force tag. 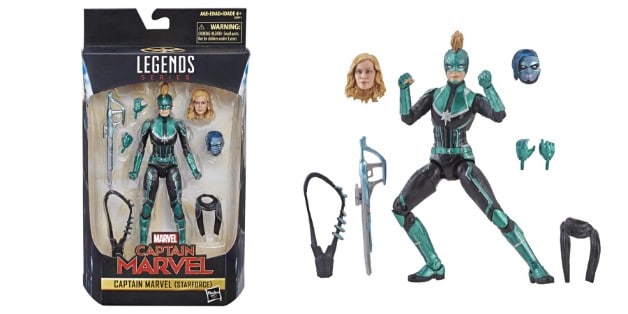 The second figurine shows her as Captain Marvel, with her current comics suit in full blue, red and gold, but with her powers fired up. This figure is named “Binary Form,” which is when Danvers gets her powers out in full force. This version of her can actually be seen in the last trailer shown by Marvel Studios where she flies through space destroying several spacecrafts. 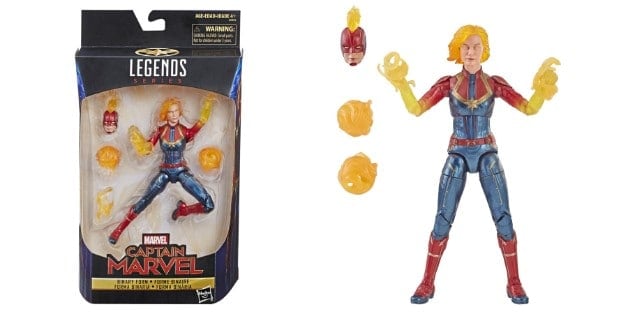 These two action figures will be sold exclusively in Target and Walmart and they will join the already announced line-up of Legends, which include different versions of Carol Danvers, Nick Fury, Talos the Skrull and Star Force Commander. The Legends series of toys usually contain a piece of a character that you can form after buying the whole set. In this case, the Captain Marvel Legends set seems to build up a Kree Sentry.