Earlier this year, it was revealed that former Batman actor Christian Bale was in talks to join the cast of Chris Hemsworth’s Thor: Love and Thunder. It was later confirmed by Tessa Thompson that he was being eyed to play the film’s antagonist but the actress wouldn’t reveal the identity of his character. This has caused many to come up with their own theories as to who Christian Bale will be playing so I’ve decided to talk about three characters who the actor might play in Thor: Love and Thunder. I’ll be looking at each character’s history in the comics and how likely it’ll be that Bale will be playing them and why. 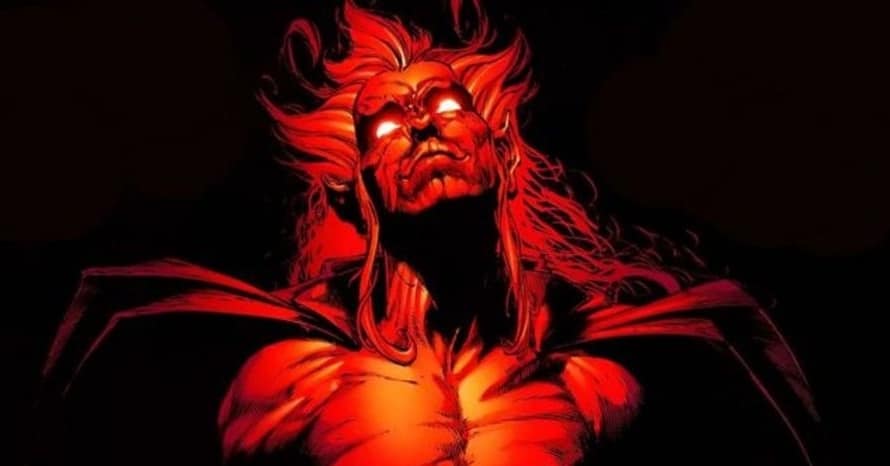 Mephisto is the first villain on this list. This is a character who certain fans have decided is the best one for Christian Bale to play in this movie and it’s not hard to see why. The character first appeared in 1968’s Silver Surfer #3 and was created by Stan Lee and John Buscema. In the Marvel Universe, Mephisto is often a stand-in for Satan himself and has certainly done things to warrant that title.

The character is perhaps best known for two things in the Marvel Universe. It was Mephisto who bonded Johnny Blaze to the fire demon Zarathos and turned him into Ghost Rider. However, Mephisto is perhaps more infamously known for his role in the One More Day Spider-Man storyline. In it, Mephisto agreed to save the life of Spider-Man’s aunt, May, in exchange for Peter  Parker and Mary Jane’s marriage. It’s a storyline that fans often consider to be one of the worst Spider-Man arcs of all-time.

In all likelihood, however, Mephisto is probably the least likely character on this list to appear in Thor: Love and Thunder. Marvel Studios has almost gone out of its way to not mention God, Heaven, Hell, or what these characters’ religious beliefs are. The closest the films have ever come to mentioning the existence of a God was an off-handed remark by Captain America in Avengers and the various Asgardian characters themselves. However, in the films the Asgardians are portrayed more as overpowered, long-living aliens with Odin actually going out of his way to declare they are not Gods in Thor: The Dark World. So including a character who is, quite literally, the Marvel Universe’s Devil just might be cutting a little close for comfort. However, after taking on a major baddie like Thanos, Marvel may be looking to raise the stakes for one of its most powerful heroes by taking on someone who no one can, in theory, defeat. In addition, director Taika Waititi just won an Oscar for a film that made a big punchline out of Hitler so maybe he might be up for doing the same for Satan himself. 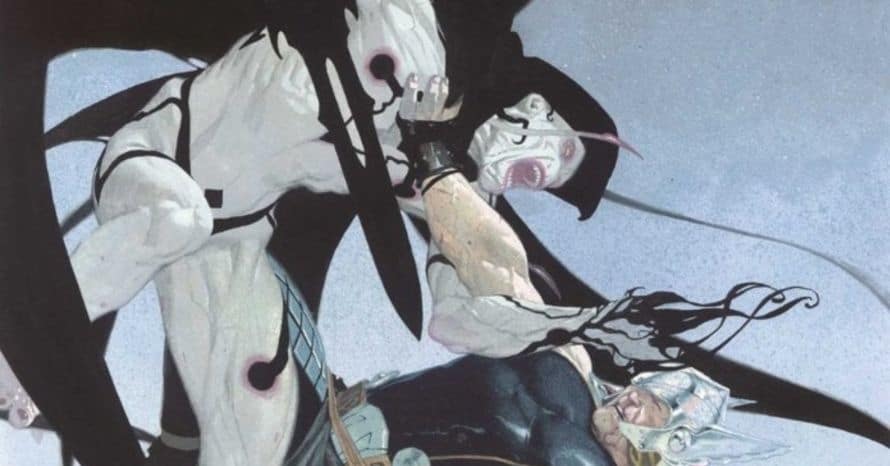 Next, we have Gorr the God Butcher who feels tailor-made for a Marvel Cinematic Universe adaptation. Created by writer Jason Aaron and artist Esad Ribic, the character first appeared in Thor: God of Thunder #2. In his backstory, Gorr is revealed to be a member of an unnamed alien race who was banished from his tribe after saying that the Gods did not exist after a series of personal tragedies. Eventually, Gorr discovered that Gods did, in fact, exist but was driven mad by their indifference and cruelty and began to kill every God that ever existed. This eventually brought him into conflict with Thor, who battles Gorr at three different points in his life. The trauma from fighting Gorr affects the character in the comics to this day and directly led to the loss of his beloved hammer Mjolnir. It’s a story arc that I highly recommend and personally think is the best place for anyone looking to jump on to the series.

What makes this character such a suitable candidate is that Gorr the God Butcher feels like he was written with a Marvel Cinematic Universe story arc in mind. In the past, Marvel films have been criticized for having lackluster villains but what tends to get left out of this discussion is their role in the protagonist’s development. Often, the antagonists are designed more as either a physical embodiment of whatever personal flaw the protagonist has to overcome or are simply the obstacles they are unable to overcome until they learn whatever lesson the film needs them to learn. In Guardians of the Galaxy, for example, the titular characters ultimately have to let down their own personal barriers and accept one another as a surrogate family in order to overcome Ronan the Accuser. Likewise, Black Panther could not defeat Killmonger until he realized that his father and forefather’s policies of isolationism were wrong. Gorr the God Butcher is a character who seems ideal for a similar arc for Thor in the post-Avengers: Endgame universe.

Gorr’s whole deal is that he is a character who was, quite literally, neglected by the Gods which resulted in the death of his entire family. He blames all Gods and legitimately thinks that the universe would be better without them. This makes him not only an interesting, tragic villain but also one who could easily tie into Thor’s arcs from Avengers: Infinity War and Avengers: Endgame. In both films, Thor felt as if he failed as his duty as a God and as a protector and this could easily transit to Gorr having a grudge with the God of Thunder over the years he sat on his butt, getting fat while playing Fortnite. Perhaps this new antagonist will actually try and make Thor pay for his years of negligence. 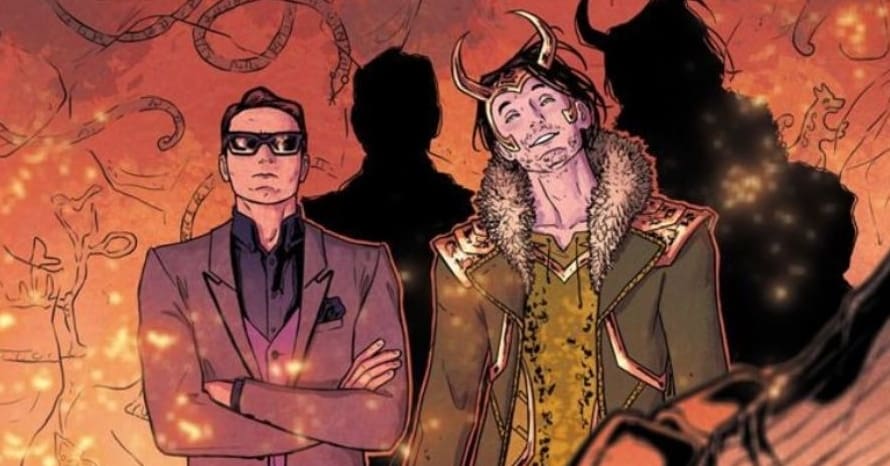 And finally, we have Dario Agger. If I were to bet money on which character Christian Bale would be playing in Thor: Love and Thunder it would be this one. Yeah, sure, it’s a little predictable, but the character is just so perfectly suited to Takiti Watti’s comedic/satirical sensibilities. Even Thor writer Jason Aaron thinks that Bale’s character is Dario Agger.

Once again created by Jason Aaron and Esad Ribic, Dario Agger first appeared in Thor: God of Thunder #19. The CEO of the Roxxon Energy Corporation, Agger ruthlessly exploits the environments of the Earth and other realms for their natural resources in the name of profit regardless of the long term consequences. He twists the laws of both Earth and the other realms in order to suit his needs so organizations like S.H.I.E.L.D. and heroes like Thor can do next to nothing to stop him. He forms alliances with other Thor antagonists like Laufey and Malekith to protect his interests and pretty much become THE main villain on Jason Arron’s run on Thor. Oh, and he can also turn into a Minotaur in case you were wondering why the heroes can’t just beat him in a straight-up fight.

What makes Dario Agger the most likely candidate here is the fact that Christian Bale has played this kind of character multiple times before. Between his roles as Patrick Bateman in American Psycho, Michael Burry in The Big Short, and even Bruce Wayne in The Dark Knight Trilogy, Christian Bale kind of has the billionaire douchebag persona down to a tee and it would be fun to see him sing a different tune with this one. Plus, he seems like a perfect fit for Taika Waititi’s comedic/satirical dressing-down.

And those are the three characters that I think Christian Bale will most likely play in Thor: Love and Thunder. Do you agree? Do you disagree? Let us know what you think in the comments section!