The X-Men film series will take a second shot at adapting the popular Dark Phoenix story from the comics and Sophie Turner has been tasked with bringing Jean Grey’s journey to the big screen. Now, 20th Century Fox has unveiled a new poster featuring the main cast of the film, teasing the rise of Sophie Turner’s Dark Phoenix.

You can check out the Dark Phoenix poster featuring Sophie Turner below! 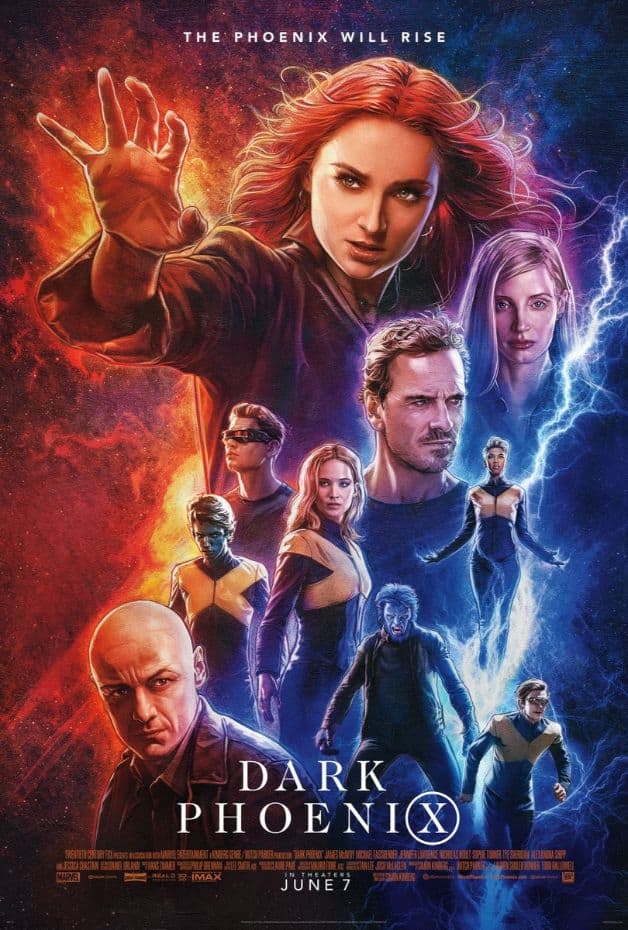 Are you excited to see Sophie Turner take on Jean Grey’s transformation into the Dark Phoenix? Share your thoughts in the comments section below!

Dark Phoenix is expected to be the final chapter of the X-Men film series before the franchise is rebooted under the Disney umbrella.

Dark Phoenix will be released in theaters on June 7, 2019.