Okay, if you’ve been keeping up with the series, you know that Supergirl is currently out of commission. For the time being, anyway, as she gets a new outfit at the end of the most recent episode that doubled as a backstory for Agent Liberty. However, Liberty and Mercy Graves aren’t the only characters joining the cast of the DC series. As was reported awhile back, David Ajala, who starred in the USA series Falling Water, would be joining the cast as DC villain Manchester Black.

‘Supergirl’ Executive Producer On Lex Luthor’s Introduction To The Arrowverse

And now there are photos from David Ajala’s grand debut as Manchester Black in the upcoming episode of Supergirl, titled “Ahimsa,” which show him alongside David Harewood’s J’onn Jonzz. So at the very least, J’onn isn’t revealing to Black just yet that he’s also Martian Manhunter. As far as we can tell from the photos, anyway. Here, have a look at David Ajala as Manchester Black in the photo below. 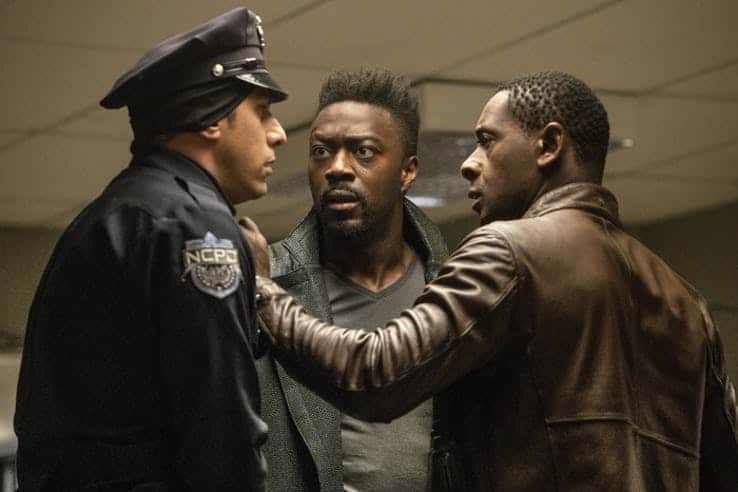 Since we’re getting Manchester Black on Supergirl, it does beg the question of whether we’ll also see any future introduction of The Elite. Hey, this series also has Superman in it on occasion, so it would be a good way to tie those two together. But right now, it seems that Black will only have business with J’onn and potentially Kara, Alex, and the DEO down the line. After all, you can’t interact with a main character on this show and not be introduced to the rest of the cast at some point.

Besides that, what do you think of David Ajala’s look as Manchester Black at the moment? And how do you hope to see him utilized on Supergirl? Let us know in the comments below.