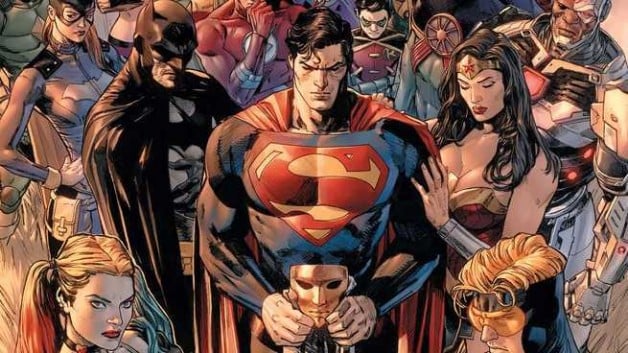 DC Comics’ Heroes in Crisis #1 stunned readers with a mass shooting that resulted in the deaths of several heroes, including one of the characters to use The Flash moniker. Equally as surprising was the reveal that DC Comics hero Booster Gold may have been the one who killed them.

As Superman, Batman, and Wonder Woman discover the horrifying crime scene, Booster Gold sits alone in a diner looking disheveled. When Harley Quinn arrives at the diner, looking worse for wear herself, a fight between both characters ensues. During the showdown, Harley stabs Booster Gold in the chest and reveals that he was the one who killed his superhero allies. 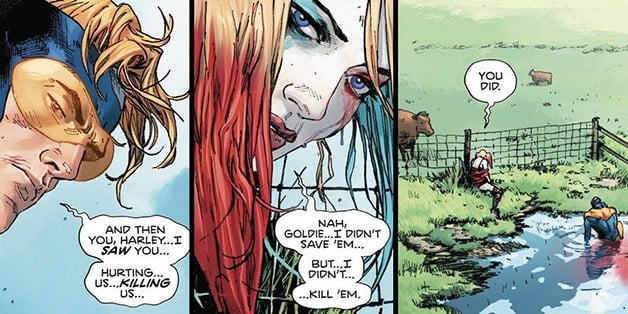 While the revelation may feel as though it is coming out of left field, Booster Gold’s mental health has become a serious issue in recent DC stories. In short, Booster Gold’s decision to travel back in time and prevent Bruce Wayne’s parents from being killed – which he intended as a wedding gift to the Caped Crusader – led to a series of traumatic events that seem to have been the impetus for Booster Gold’s sudden mental health break.

Of course, Harley Quinn could be mistaken and such a stunning revelation could be a red herring, though readers will have to stay tuned to learn how Booster Gold and the rest of heroes move forward from this tragedy.

There’s a new kind of crisis threatening the heroes of the DC Universe, ripped from real-world headlines by C.I.A.-operative-turned-comics-writer Tom King: How does a superhero handle PTSD?

Welcome to Sanctuary, an ultra-secret hospital for superheroes who’ve been traumatized by crime-fighting and cosmic combat. But something goes inexplicably wrong when many patients wind up dead, with two well-known operators as the prime suspects: Harley Quinn and Booster Gold! It’s up to the DC Trinity of Superman, Wonder Woman and Batman to investigate—but can they get the job done in the face of overwhelming opposition?

Written by Tom King with art by Clay Mann, DC’s Heroes in Crisis #1 is now available in stores!