Warner Bros. has revealed an incredible lineup of guests that will appear at the 24-hour DC FanDome event later this month.

With DC FanDome only a few short weeks away, the full list of guests appearing at the event has been revealed, with over 300 actors, directors and writers set to explore all corners of the DC universe. With upcoming films such as Wonder Woman 1984, stars like Gal Gadot, Chris Pine and Kristen Wiig are confirmed to appear, alongside director Patty Jenkins, while Ezra Miller and Andy Muschietti will be present for The Flash. DC FanDome will also host the stars from a range of shows like Doom Patrol, Titans and Batwoman.

‘Justice League’ Fans Challenged To Create Their Own Cyborg Costume

The Suicide Squad and The Batman will both have a spotlight at DC FanDome where James Gunn and the cast will hopefully give fans their first look at the supervillain team-up movie, while Robert Pattinson and Matt Reeves will reveal more from the new spin on the Caped Crusader. Also among the guests are DC fan favourites Geoff Johns and Jim Lee, as well as comic writers Tom King and Tom Taylor who will no doubt reveal more about their upcoming projects.

There’s even an impressive number of hosts who will be moderating the appearances from the extensive list of guests. With notable figures like Aisha Tyler and Venus Williams making appearances as well as actor Will Arnett. There’s no doubt they’ll help inject a sense of fun to all the panels and reveals that are heading our way. Check out the full DC FanDome announcements below.

Incredibly excited to see everyone at #DCFanDome on August 22nd — can't wait to share more about #TheBatman with you… pic.twitter.com/WxWat6gyrv 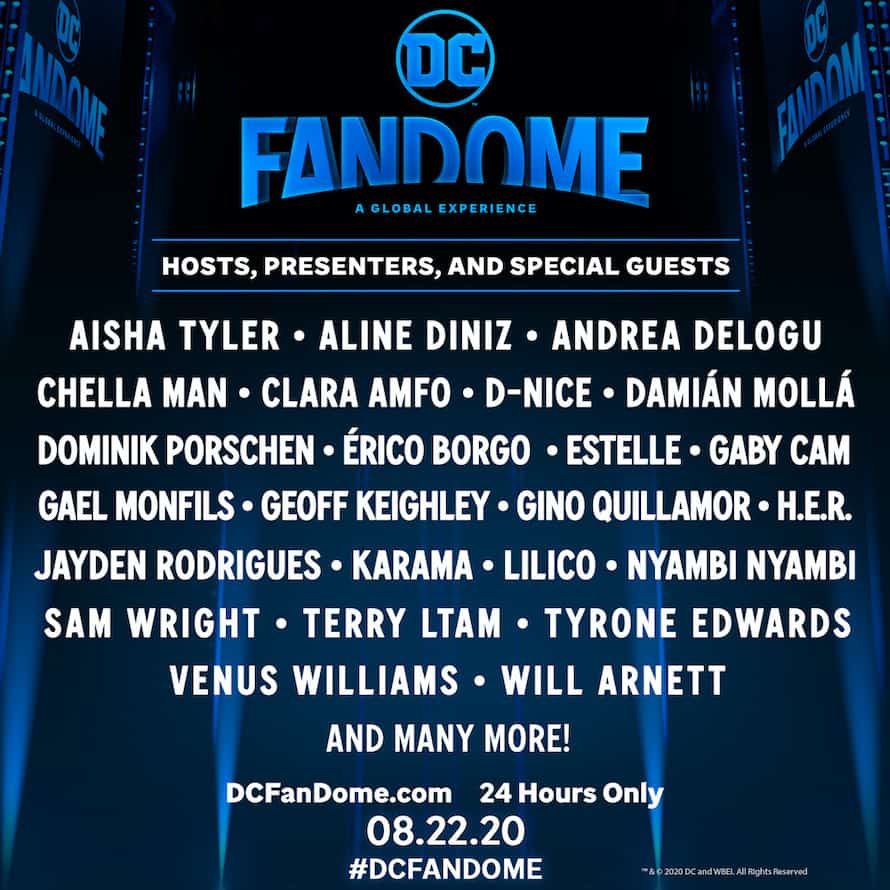 What are you most excited to see from DC FanDome? The Flash? The Suicide Squad? Sound-off in the comments below!

Full details on the Wonder Woman 1984 plot are being kept under wraps, but the highly-anticipated film is said to follow Gal Gadot’s Diana Prince as she comes into conflict with a formidable new adversary named Cheetah and businessman Maxwell Lord. Gadot’s Wonder Woman was last seen in Zack Snyder’s superhero team-up movie Justice League.

Wonder Woman 1984 is currently scheduled to be released in theaters on August 14, 2020. Stay tuned for the latest news regarding the DCEU and make sure to subscribe to our YouTube channel for more content.