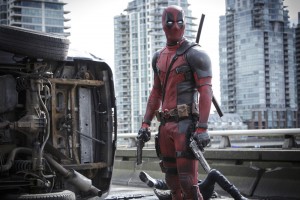 We’re getting to a point where superhero films are no longer artist-driven films; they’re conglomerations. That’s definitely the case with this past weekend’s ill-conceived Suicide Squad, but the disjointed Batman v Superman: Dawn of Justice, the rather uneventful X-Men: Apocalypse and, in my opinion, even the fairly lumbering Captain America: Civil War were manipulated by too many cooks in the kitchen. They’re not all bad (minus Suicide Squad, which was pretty bad); they just weren’t special. Deadpool, therefore, remains the best superhero movie of the year, mostly because it’s the only superhero movie that actually felt like, you know, a movie. But that’s not the only reason.

Sure, the influence of the MCU has introduced expanded universes and cool character team-ups. But it has also subtracted directorial influence and ushered in an age of indistinct blockbusters. Look at the films from Phase 1, like Thor and Captain America: The First Avenger. Then look at some films from Phase 2 like, say, Thor: The Dark World or Avengers: Age of Ultron. These are only a couple examples, of course, and that’s not to say that creative filmmaking is completely dead and gone in superhero films. Watch Guardians of the Galaxy or Man of Steel and you’ll notice the director’s touch sprinkled throughout. But a time where Sam Raimi could make Spider-Man 1 and 2, Jon Favreau could helm Iron Man or Christopher Nolan could bring us The Dark Knight trilogy is nearly a distant memory. Producers like Kevin Feige now have full say on these films; The Dark Knight Rises is the last auteur-steered superhero film.

They may not be perfect (except The Dark Knight), but they were films made by filmmakers, not business decisions made by board members, like Ant-Man, The Amazing Spider-Man 1 and 2 and the new Teenage Mutant Ninja Turtles movies. That’s partially what made Tim Miller’s Deadpool so exhilarating: Where so many recent superhero movies came across flat and listless, this wild-and-out spin-off was punchy and bristling with life. It was timely. It was quippy. It was bold. Most of all, however, it had its own identity — and it stuck by it from the first frame until the last.

Again, it wasn’t flawless. Far from it, in fact. But Deadpool is the only 2016 superhero movie made better by its imperfections — something that’s become a rarity since Raimi’s aforementioned superhero trilogy. It had a vision and a sense of humor, yes, but it let its personality and style define the film, rather than be a quirky part of the bigger picture. That’s been noticeably absent from the genre of late.

Miller’s feature debut was a breath of fresh air for moviegoers, as well as the kick-in-the-dick the genre desperately needed. While overly juvenile and mildly formulaic, particularly to the unspoken rules of origin stories, it was also invigorated, sharp and pointed. Those are adjectives I haven’t used to describe a superhero film since 2010’s Kick-Ass. Is it overly masculine? Sure. Does it substitute crass language and four-letter words for cleverness? Quite often. But more than anything else, it had flavor, inspiration and heart. It’s clearly a labor of love for Miller, screenwriters Rhett Reese and Paul Wernick (Zombieland) and star/producer Ryan Reynolds, and its passion and persistence oozed onto every single frame. It knows exactly what it wants to be and, more importantly, what it should be. Thankfully, Fox didn’t mess it all up for them, and that’s what ultimately proves to be its saving grace.

In my Suicide Squad review, I called David Ayer’s latest “a superhero film with an identity crisis.” The sad fact, however, is that almost every superhero movie of late seems to be insecure, unsure or confused about itself in some way or another. Apocalypse wrongheadedly believes that trilogy cappers need to be grave and serious, and it often sacrifices the series’ ingrained lightheartedness for familiarity and unoriginality. Similarly, Batman v Superman is straight-faced to a fault, almost becoming comically brooding in its need to assert its real-life implications in a movie with a flying alien man and a billionaire who dresses up as a bat and fights low-level crime. Gritty realism can work, as Nolan’s films proved, but Zack Snyder’s film often feels reflective of its peers, and it never quite establishes its own voice to make that feel appropriate.

As for Civil War, it’s probably the second-best superhero blockbuster we’ve gotten this year, but it still suffers from lumpy pacing, a clogged narrative and an endless barrage of fighting sequences. It’s exhausting even before the climax begins. Deadpool, however, could have been two hours longer and I wouldn’t have minded it one bit. It appears effortless and light on its feet, and its goofiness, slapstick humor and pun-happy attitude miraculously never become nauseating. Miller, Reese and Wernick balance the depth buried within Deadpool‘s tragic backstory with humility and a keen self-awareness, which also miraculously never gets too on-the-nose. The drama is self-contained and personable, while the action and comedy is broad and wide-reaching. The more I think about this film, the more I’m surprised it worked at all.

Some people mistake Deadpool‘s R-rating as the key to its success, but such superficial analysis is not what made it declarative or different from its peers. At least, not completely. After all, the Blade trilogy, the Sin City films, Kingsman: The Secret Service, 300, Dredd, The Crow, Watchmen, The Punisher, Punisher: War Zone, Wanted, Spawn, V for Vendetta, Ghost World, American Splendor and the aforementioned Kick-Ass were just some of the comic book films made and released with an R-rating before Deadpool hit theaters — even if they each celebrated varying degrees of success. No, Deadpool was different because it took those adult elements and propelled them into a film that felt new and fresh, even if it followed a very familiar groundwork.

Deadpool took on the connected universe found in MCU and DCEU films and provided the rich jokes, clever asides and snotty commentary that fans have muttered to both themselves and their friends for years. Deadpool, the character, was both in-sync with the comic book universe and the perfect outsider, just like he was in the original comics. He was connected enough to fit into the system, but also removed just enough to make it count. In the wrong hands, Deadpool could have been the most insufferable movie of 2016. Instead, Miller made it one of the most fitfully entertaining and gleefully off-the-cuff blockbusters to come onto the big screen in years, not merely this year. That it came in February was both a blessing and a curse. It started the year off very strong, but it also left us with what might very well be 2016’s best superhero film far too early.

It’s possible Doctor Strange is going to knock Deadpool off its podium. We’ll have to wait until November before any of us can truly call anything the year’s best and worst, and that applies to superhero films as well. But with August heating up and Miller’s debut feature far surpassing anything in its field, I’m confident this little odd duck of a vigilante film will be the best the year has to offer. You’re free to agree or disagree, and I’m sure the comment section will be littered with those of you who don’t align with my thinking. Despite the harsh criticism I gave some of the year’s other superhero flicks above, I did find something or another to enjoy in all of them — no matter how bad some got.

But Deadpool was the only one that actually felt alive and affirming. It’s also the only one I’m inclined to re-watch, except for maybe Batman v Superman. Spunky, hilarious and oddly heartwarming, Deadpool is exactly the kind of superhero film we need right now, and I hope studios took the right notes from its success. In a time when the genre is becoming more economically-driven than artist-defined, it’s wonderful to see someone put their middle finger up to the system and fearlessly shake things up. Deadpool felt extraordinary where so many felt ordinary, and that’s what truly makes it a good superhero film.