So yesterday, we got a better look at Will Smith’s Genie in Disney’s upcoming Aladdin film and…well, “interesting” wouldn’t be good enough of a word to describe the response online.

Even still, after Disney’s Aladdin special gave moviegoers a look of how Will Smith will appear as the Genie in the movie, many remain unconvinced. Then, in the height of this, Will Smith and Disney revealed an official image of how the actor will appear. Smith himself took to his Instagram yesterday to share both the sneak peek and a new still image of him as the Genie, along with the caption “I told y’all I was gon’ be Blue!! ?‍♂️ Y’all need to trust me more often! ? #aladdin.” Here, have a look for yourself below. 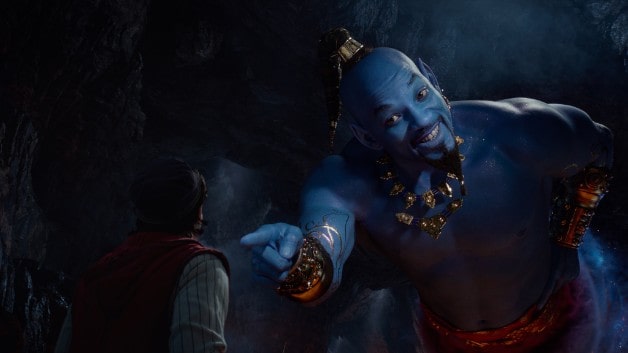 Between the images and the recent sneak peek, what are your thoughts on Will Smith as the blue Genie in the upcoming Disney film? Do you need to see the film in action to come to a conclusion or are you already getting Blue Man Group vibes? Let us know your thoughts in the comments below and stay tuned for more updates on Aladdin as the release date approaches.